Training is the cause of Bareto's death: Police commander 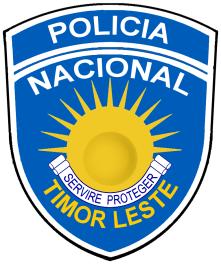 Monteiro made the comments during the ceremony for rank promotion of the deceased at PNTL Headquarters on Wednesday (3/8).

PNTL is planning to make changes to the training system as a way to avoid similar accidents in the future. Bareto sank in the sea during the training which was provided by the GNR police recently and was taken to Bali [Indonesia] for an intensive medical treatment, but then he died.

-----
Dead body of Joao Barreto arrives in Dili  Televizaun Timor-Leste, August 4, 2011 language source: Tetun - The Prime Minister's security guard, Joao Barreto, passed away in Sangla Hospital in Bali and his dead body was returned to the country yesterday. Joao Barreto was in an accident recently when he sank in the sea at Cristo Rei during a training session provided by the UN-GNR police from Portugal.

He was taken to Bali for intensive medical treatment, but unfortunately he passed away on Monday afternoon. The dead body was received by the General Commander of the Timorese National Police (PNTL) and the family of the late Barreto.

The deceased was taken to the PNTL HQ for a posthumous promotion to Sergeant. The promotion was made by Commissioner of Police Longuinhos Monteiro. Monteiro said they lost a competent officer who has served the country for about nine years. He added that the General Commander of PNTL and the United Nations Police decided to change the training system for the Close Security Protection (CSP) unit as a result of the death.

The family of the victim called on the Government to take care of the children of Barreto and investigate the accident which caused his death..

"He could not swim, but the trainer forced him to swim. The trainer did not save him when he sank into the sea. We consider this as a crime and therefore we are calling on the competent institution to investigate this case in order to uncover the truth." a family member said.

"We are calling on the Government to take care of his children. The government should finance them until they complete their study at the university," another family member said. The funereal of Barreto will be held today in Dare at his residence.
-----
East Timor Legal Information Site - An archive of legal news from East Timor.
at Saturday, August 06, 2011