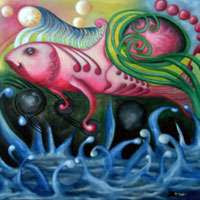 Dili court stops Pualaka Company's activities Radio Televisaun Timor Leste 9 June 2009 - The manager of the Pualaka Company, Joao Alves, who was the complainant in a petition to the court against Americo Lopes who is the Director of Pualaka Company and husband of Justice Minister Lucia Lobato applying to the court to order a stop to the the oil installation in Tibar port and oil pumps in Fatuhada.

LABEH considers adviser for civil society abused power Radio Televisaun Timor Leste 9 June 2009 - Director of the anti-corruption NGO, LABEH, Christopher Henry Samson, considers that the adviser to the Prime Minister for Civil Society hadabused his power because he had used the government logo on a name card he sent to LABEH.

Democratic Party never stops the duty of Deputy PM Mario Carrascalao Timor Post 9 June 2009 - The Democratia Party parliamenty bench has declared at parliament that the party has never stopped the duty of Mario Viegas Carrascalao to combat corruption, collusion and nepotism in this country.

PDHJ establishes an investigation team for maladministration Timor Post 9 June 2009 - Human Rights and Justice Ombudsmen (PDHJ) Sebastiao Dias Ximenes said he has established an investigation team to oversee cases of government maladministration.
-----
President calls for restaurants to be moved Radio Televisaun Timor Leste 8 June 2009 - President Jose Ramos Horta has called for the restaurants at the seashore of Metiaut to be moved to another place, because the place is belonging to the Government.

To criticize is easy things to do, but to act and implement it is not a easy as many thought. People whose now corrupt are the most people whose were criticesed the privious government.Do not forget that the power you have know only temporary, but, reputation, confidence and credibility which was you loose it will be fovrever and never back again.