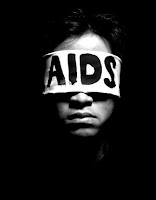 Friday, 29 May 2009, 1:51 pm Press Release: United Nations New UN Campaign Aims To Provide Timorese Inmates With HIV/AIDS Services - New York, May 28 2009 11:10AM The United Nations Population Fund (UNFPA) today launched an AIDS awareness and help campaign for inmates in Becora prison in Dili, Timor-Leste.The project, to be run by a local non-governmental organization, Sharis Haburas Comunidade, will supply updated information on HIV/AIDS and other sexually transmitted diseases to the inmates, according to a news release issued by the UN mission in Timor-Leste.

It seeks to take a holistic approach to assisting the prisoners, and to help ensure a way for them to move forward when they leave the prison.

Timor-Leste has a relatively low incidence of HIV/AIDS, and a national plan to maintain that record, the mission stated.

“However, prisoners were not given focus in terms of HIV prevention and care,” said Dr. Hernando Agudelo, UNFPA Representative in Dili. “To fill the identified gap, UNFPA has funded this project that will provide accurate services to the prisoners in this regard.”

In addition to UNFPA and UNMIT, the project is also in collaboration with the faith-based Holy Spirit Sisters, the Ministries of Health and Justice, the Bureau of Prisons and the National AIDS Commission.