AI on the release of Timor Crimes Against Humanity Suspect 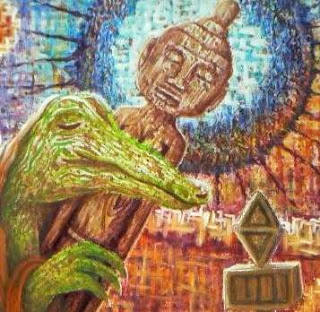 Amnesty International 3rd November 2009 Indonesia shelters indicted Timorese suspect - Reports emerged today that Maternus Bere, an indicted militia leader charged with crimes against humanity, was returned from Timor-Leste to Indonesia last week. His transfer to West Timor robs the victims of justice, as it occurred before his case had even been prosecuted by an independent court in a fair trial.

Martenus Bere, who was charged by the United Nations Serious Crimes Unit in 2003 with the extermination of civilians in the town of Suai and other crimes against humanity in 1999, including torture, enforced disappearance, deportation and persecution, was released from Becora prison on 30 August, amidst the celebrations of the 10-year anniversary of the independence vote. He was handed over to the Indonesian embassy in Dili following a request by Indonesia to the Timor-Leste government.

The transfer to Indonesia of this fugitive from justice perpetuates the pattern of impunity for crimes against humanity and other crimes which occurred during Indonesian occupation of East Timor. Both the Indonesian and Timor-Leste governments appear unwilling to uphold the rule of law and ensure that perpetrators of crimes against humanity are brought to justice, in clear violation of international human rights law and standards.

In this context, Amnesty International renews its call to the United Nations Security Council to step in and establish an international criminal tribunal to bring to justice all those responsible for crimes under international law between 1975 and 1999 in Timor-Leste and to ensure reparations to the victims.

Over 300 individuals who were indicted by the UN Special Panels for Serious Crimes for crimes against humanity and other crimes remain at large and are outside the territorial jurisdiction of Timor-Leste. It is believed that most of them live in Indonesia. The Indonesian government has so far refused to facilitate the extradition of those indicted on the basis that it did not recognize the UN mandate to try Indonesian citizens in Timor-Leste.