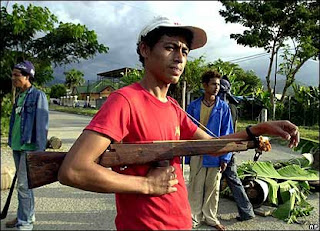 Accurate data on the incidence and characteristics of violent injuries can be a powerful tool for understanding and responding to armed violence. Record keeping by hospitals, clinics, and other health facilities on the nature of injuries can provide crucial information on who is being injured, how, where, and under what circumstances. Data is essential for gaining a better understanding of the risk factors for victimization among different segments of the population and for the design of interventions to reduce those risks. To be most useful for guiding prevention activities, however, injury data should be standardized, detail rich, and collected systematically as part of a public health surveillance system. This in turn requires uniform information management systems, the commitment of personnel time and resources, and motivated stakeholders willing to provide sustained support.

Under an agreement with the Ministry of Health, the Timor-Leste Armed Violence Assessment (TLAVA) was given access to patient data from three hospitals for the years 2006–08. Th e objectives were to collect and analyse the data in order to identify incidents, trends, and risk factors for armed violence following the 2006 crisis and 2007 unrest, and to assess the state of violent injury surveillance in the country. Th is study, while subject to limitations and caveats, presents one of the first longitudinal looks at violent victimization as reflected by cases treated at Timorese hospital emergency rooms (ERs). After manually abstracting patient data from ERs at Dili National Hospital, Maliana Hospital, and Baucau Hospital, and a critical review of hospital record keeping processes, TLAVA finds that:

* Almost half of the injuries (44 per cent) recorded at ERs in Dili and Baucau hospitals from 2006 to 2008 were the result of violence, while 53 per cent were due to traffi c accidents.

* The portion of recorded injuries seen at Baucau Hospital attributable to violence rose from 34 per cent in 2006 to 48 per cent in 2008, but data coding problems make it difficult to elaborate—or even confirm—this finding. Traffic injuries reportedly dropped from 66 per cent of all cases to 52 per cent in the same period.

* Data from Maliana Hospital had to be excluded from the analysis due to the lack of ER records for 2006 and 2007: in only one-third of all cases could a cause of injury be determined.

* Almost one-fifth of all women presenting at ERs in Dili and Baucau hospitals were recorded as victims of domestic violence; the proportion rose to one-third for women aged 20–39 years.

* Men aged 15–34 years, and especially those aged 20–29 years, appeared to predominate in ER visits for violence, suggesting that this segment of the population is at greatest risk of violent injury.

* ER data is currently not sufficiently robust or systematically recorded to provide a reliable picture of interpersonal violence in Timor-Leste society.

This Issue Brief proceeds by providing an overview of the methods and objectives of hospital surveillance for understanding violent injury trends, and describes the current record keeping arrangements. It then reviews the data collected by TLAVA in three hospitals for the period 2006–08. TLAVA data is then compared to that of Dili National Hospital’s statistical unit and to data made available by the UN Integrated Mission in Timor-Leste (UNMIT), which is also conducting ongoing violent injury tracking. The Issue Brief concludes with a review of the problems encountered in conducting this research and with a consideration of current challenges to hospital-based surveillance in Timor-Leste, noting the obstacles still to be overcome to achieve consistent, reliable, and timely data collection and dissemination.