Job Creation a Priority for the Xanana Gusmao Government in 2010 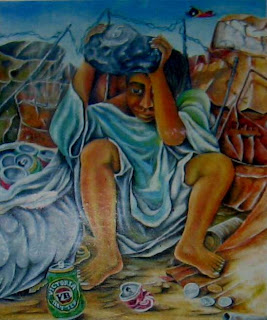 The Secretary of State for the Council of Ministers and Official Spokesperson for the Government of Timor-Leste Agio Pereira November 9, 2009 Dili, Timor-Leste Job Creation a Priority for the Xanana Gusmao Government in 2010 - Creating jobs and providing training is a central mission of the Government.

Since August 2007, the Secretariat of State for Vocational Training and Employment has led the establishment of successful training and employment programs which have achieved real results for thousands of people.

The ‘Intensive Labour Project’ alone has created employment for 65,241 people throughout the country.

This key project creates temporary jobs in the critically important task of maintaining and cleaning roads and gutters nationwide.

On top of this project, the ‘National Income Generation Program’ will start shortly and with the capacity to create up to 50,000 jobs. People employed by this four year project will work for 60 working days each on improving infrastructure in Timor-Leste.

As well as job creation, the Secretary of State for Vocational Training and Employment is also leading the way in providing training opportunities for the Timorese people.

This includes 175 Timorese receiving trade training in areas such as plumbing, electrical, construction and agriculture at the Tibar National Centre for Professional Training and Employment and 2,469 people having benefited from training in the 91 Government Registered Training Centres in all 13 districts.

Five Professional Training and Employment Centres are also being constructed in Dili, Baucau, Bobonaro, Oecusse and Ermera, with 5,800 young Timorese already registered to commence training; over 500 Professional Apprenticeships in businesses have been completed by young Timorese with 50 per cent being employed after the completion of their training program.

Employment and training are also provided overseas with over 400 Timorese approved to work in South Korea; over 100 have had been trained in Indonesia.

Linking businesses to job seekers has been done through the new Labour Market Information System. It links 890 employers with around 20,000 registered workers.

Official Spokesman Ágio Pereira said “While the Government has achieved great success in this critical area, it continues determined to work hard work to ensure that more jobs are created. Fighting unemployment is a long term battle and only with strong economic development, education and training and infrastructure projects, the Government actively address this complex national challenge.”