Transition from Indonesian Occupation to Independence 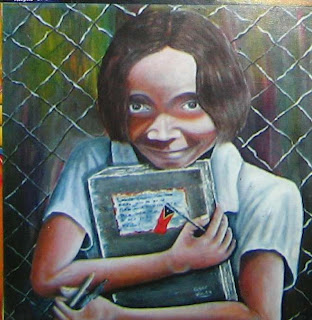 Nov 5, 2009 By: Dionisio de Jesus Lopes Ateneo de Naga University - A Memoir: Whenever I see and hear of unaccountability, non-transparency and unwise spending of my countrymen’s money by government officials, I experience an emotional impact. Memories bounce back into my mind of the pain and deaths wrought by the Indonesian Military and militias on my parents and other young men and women who supported the liberation of East Timor during 24 years under Indonesian occupation (from Dec 1975 to Sep 1999).

I remember clearly on one occasion after my classes in Venilale, Baucau as I was heading back home, soldiers of the Indonesian military chasing and slaughtering three young Timorese in front of me! The bodies of these three young men were never to be found thereafter. Day and night, Indonesian military and militias were everywhere. They would send spies to different houses of freedom fighters every night to detect any possible organized secretive meetings. This is the kind of life we experienced throughout Indonesian occupation.

The United Nations administered a popular consultation for the people of East Timor to decide in a referendum whether they wanted to become an independent state. I was 16 years old at the time. In June 1999, after my three years of Junior High School in the Salesian School in Venilale, I moved to Dili to live with my relatives and to study at the Colégio São Jose (St. Joseph High School), Balide. Leaving my home town for the capital Dili, I thought there would be less slaughtering, killing and burning houses, however, I was wrong. It was even worse in the capital.