TIMOR-LESTE BETRAYED AND RANSACKED ON BEHALF OF THE NATIONAL INTEREST 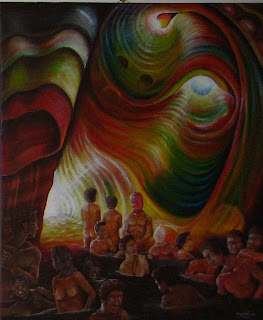 TIMOR-LESTE BETRAYED AND RANSACKED ON BEHALF OF THE NATIONAL INTEREST

We are about two and a half years of inauguration of the Government of the AMP, about half a mandate – 5 years – for a Government that hold in normal time. It is enough time for us to speak of his work, what did and did not that promised and still has not carried out , nor will meet if continue in the route of policy that you have chosen.

Some work was done, it is true, but if you look in immense millions this Government has had at its disposal, in addition to the huge donations-collaborations with other countries, we have seen that the Government was overthrown by the coup d ' état in 2006 nor one sixth of this ceiling had. Now it is time to ask: what has the Government of the AMP to say about this?

How does the Prime Minister Xanana Gusmão justify if had in his control a fortune and continue almost all on the same or worse? I am referring to 85 per cent of the population, not to about 12 per cent that of some saw their lives improved by have some connection to the AMP such as public employees etc. Much less perhaps around 3 per cent that are directly associated with AMP because they are in Government or in enterprise connected with them. Let's say that these are rounded but whose numbers don't lack exaggeration. Probably are too benevolent because in 2007 promised worlds and funds to the country.

What we have seen actions of this Government are the business. The business involved in scandals of millions of dollars. What we have seen that this Government has been able to show us newspapers and this blog, an enormity of scandals. The scandals have brought to us by the bitterness of shame in the countries where we lived, looking for freedom and a decent life. In Timor-Leste there is neither freedom nor decency. As the example comes from the "top", and that is appalling, very little serves criticizing those who have less than one dollar per day for face life, (evil) governed the overwhelming majority. The needy and have been robbed by a direction headed by Xanana Gusmão and Ramos Horta.

When today we are talking about existing stability in Timor-Leste and own rulers of AMP illusory seek and make this evidence. We know, the Timorese and those who are familiar with East Timor, which it another facet of the farce that Gusmão gave at beginning in 2006. The AMP, but especially Xanana Gusmão and Ramos Horta, hate are reasons that grow in the country. They themselves know that. They are convinced that they are honourable of the situation that everything and all are fully controllable. In this space of time elapsing between the rotten peace and his "control", and the revolt guesses is growing, for them and those closest to the surround, concern in breaking as soon as possible in the benefit of their Bank accounts and for early enrichment and even criminal of their family and friends. Already doing shameless accused by Timorese and by international public opinion, but do so for fear that the time remains can be scarce and that the day will come in that the patience of the Timorese needy, hungry, have been robbed, will run out. They are Xanana Gusmão, Ramos Horta, Lasama Araújo and others from the AMP or not, that stretch the "rope" and will go to rupture and will provide rivers of the blood that run into the sea.

It is this point of view and registering my opinion and concern in black and white that I would like to be as direct. It is better to alert now and try to contribute to that violence is avoided than be silencing that many think ahead and that everyone in East Timor speak, after you make criticisms and enunciate victims and guilty.

If all this sinister part must first be told that the ringleaders are Xanana Gusmão, Ramos Horta and Lasama Araújo, as others, has been used by those two who have used them.

Timor-Leste is a volcano, social indignation and other, who are burying the crater. Evidently it will explode.

Australian agents, North American and Indonesians have contributed almost all for what has past negative in East Timor. We all know.

The ISF, since the first time, have sponsored and covered up agents Timorese who were willing and have to serve them. The disposable agents such as in the example Alfredo Reinaldo. The same is true of Horta, Gusmão and Lasama Araújo and many more. Without the interference of Australia, the USA and Indonesia would not have the coup d ' état in 2006. Who need more evidence?

Mainly Ramos Horta, Xanana Gusmão and Lasama Araújo, what the reasons that they might explain, allowed serving these powers to install chaos in Timor and overthrow a legimate Government. They allied to that always focusing the natural resources of Timor-Leste. They betrayed the objective for independence struggle and the enjoyment of these treasures for needy and undeserved people. If they still don't realize this is regrettable. But I believe they have.

It was to take this consciousness that sought to disengage if being agents these powers and govern itself. It so happens that they no longer can do, without that they are considered disposable. For this reason, too, Ramos Horta was dying.

Without doubt that the Governments of Australia, who is who gives more on views, are determined to do what best abstracted from East Timor, partnership with the Governments of the United States and Indonesia. Indonesia is aside and act per se, but it is always possible to reach an agreement. And it will be. Between them would split "delight” that is East Timor.

If had not been the avaricious attitude mainly of Ramos Horta and Xanana Gusmão, East Timor now wasn't living this martyrdom. Could be under pressure, but if democratic unity and defence nationals interests had prevailed, currently the Timorese were enjoy substantial proceeds they would have a life with dignity. Nor would such as Timor-Leste is the world's mouths, a kind of country without direction and delivered to corrupt, nepotism, paedophiles, perpetrators of people and goods, the criminals who overlap those laws, Sovereign Constitution, to national interests.

Because the perpetrators of the misfortunes Timorese know that there are no Sun always endures nor evil that never ends, are acting hastily in the short time that for them to be tolerated by Timorese and by its former supporters the coup of 2006.They are between two fires. Thus, leveraging all opportunities, graft shamelessly by chasing current profits and future they can be useful, probably in exile.

Why understand so well that East Timor is pillage and relinquished to the rapists of laws, the criminals. It is pure and indecent treason so-called National interest. Horta and Xanana are hostage of its own greediness.

Take for example the case Bere. Gusmão and Horta intend to tone down Indonesia, their generals, his Government, and shamelessly commit crime and release it. Not happy lie the country, his release by (false) humanitarian reasons. Is it untruth that in this blog and probably many observers predicted? In the case of TLN was well explicit, many weeks ago saying that going to allege for health reason, humanitarian, lying, because then we were informed in time from PGR sources, whose chief had a action relevant in this untruth episode. What consideration do these rulers reserve and those that collaborate with them? What National interest do they represent? Their own interests, their complicity, their commitments dishonest, it is that they represent.

These are not National interests!