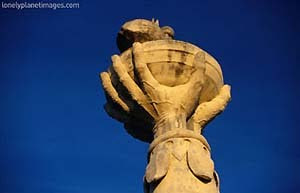 The Opposition was highly critical of the so-called PAKOTE REFERENDUM, for some 70 million USD of public works projects which has not been approved by Parliament.

The Governing Coalition AMP says that it is legal as it has been transferred from a similar line item in the budget from Ministry Infrastructure - while the largest Opposition party (FRETILIN) says it is illegal and that they will take the Government to court.

In fact most companies related to the FRETILIN such as the Alkatiri linked Hidayat company are likely beneficiaries of the PAKOTE projects.


The Leader of PUN, Member of Parliament Fernanda Borges, challenged the Minister in Parliament mos strongly calling for her to explain where the money comes from.

Minister Pires promised that she would find out where the money would come from and that the Prime Minister is preparing an explanation as she does not know herself exacly where the money orginates from.

However, she rejected to go into details on the issue. However, Borges, the former Finance Minister during the Transitional Administration 2001-2002 and initially during the Alkatiri Government (but she resigned in 2002) was dismissive of Minister Pires.

When heaing the Minister's explanation Borges retorted with a high tone. "Miss Minister today, I didn't asked the explanation from the Prime Minister but I want to the legal basis by which you transferred the funds to make this supplemental budget, because more than $70 milion USD is not something to joke with. Without a legal basis means it is illegal."

East Timor Law Journal - Towards the rule of law in Timor-Leste.
at Monday, November 09, 2009