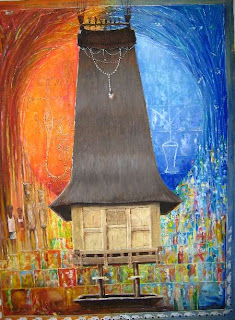 Dili, Tempo Semanál The land law consultation process which is being conducted by the Minister of Justice (MJ) has not found much good attention from the population because district communities (which include local leaders) have not been a significant presence in the consultations.

This shows the MJ’s consultation mechanism has not responded to the population’s demands and shown part of the MJ’s weaknesses in the consultation process.

As the Rede Ba Rai district monitoring program has stated, there have been many consultations in which local leaders and suku and aldeia chiefs have not participated.

Rede Ba Rai has accompanied this process in many districts
and participated in public debate, stating, “We see that the consultation process needs time to fix part of its mechanism to enable greater participation from civil society and the broader population, but also so they are able to participate
in actively writing their critical points and their analysis about their law; us speaking about land
will spread to people’s cultural lives and rights,” the Executive Director of Haburas Foundation,
Deometrio do Amaral, recently said in Farol.

He also stated consideration is needed for all people to contribute to future property laws, in which unrepresented all people take an interest. Rede Ba Rai has identified many such cases, “We think that according to the Minister of Justice’s declaration that [consultation will continue]
until November, we do not think [this will continue] until then, but time should be given to
civil society and the specific organizations that are following the consultation process until written submissions can improve before this project ends,” said Mr Amaral.

He continued to say that a national consultation mechanism or local techniques should prepare locals to participate, and to heed a point hinted at by Rede Ba Rai that Ministry personnel or experts who come to the districts may rush through their evaluation because they want to return to Dili. Because of this, Amarak suggested district-level preparation so locals are better equipped to understand the rationale of laws and for the consultation process to look for words which are appropriate to explain the law in local contexts, in the name of improving public participation.

“We’ve managed to identify important points about many things, but in the definition of groups
which are perfect regarding land rights, these groups may have perfect rights for land, but they’ve not declared that for traditional community housing law organisers and social organizations, and thus we see this law’s definition is somewhat [ambivalent].

In a district consultation area, consultation monitor Ines Martins related that in the time they’ve accompanied the consultation process, her and her colleagues identified that female participation is not high because there was not ample time or conditions for less socially powerful people to access and understand knowledge about the issue.Rede Ba Rai has recently protested that it’s better to give information before the month that consultations will begin, but—to this journalist’s knowledge—the Minister of Justice has not given this consideration. Because of this, people who wish to inquire about this project cannot do so in depth, and are also hindered by the complicated
terminology of the draft legislation and its briefing material.

Suku chiefs’ participation has also been minimal: for example, there is only one chief in Natarbora sub-district (Manatuto), so how can information be distributed to the entire community if local leaders do not hold significant presence? “Our issues and demands are that we see that civil society command the Minister of Justice to elaborate to the public upon the consultation process’s timeframe,” Martins said.

Rede Ba Rai asked the Minister of Justice to maintain and prolong the consultation ntil November because the Ministry’s resources alone are not enough to create seminars in
all districts in which all representatives can participate especially for those who are vulnerable
to miscommunication such as poor families and those without stable family environments; determining exactly who has land rights is important for people to know about their general rights.

Rede Ba Rai member Shona Hawkes stated Suku chiefs will encourage the Minister of Justice to work together with other ministers and young men and women from the media to organise maximum and quality consultation capacity.

Similarly, Lariano Soares from Natarbora questioned the mechanism which the Minister of Justice uses in the consultation process.

According to Soares’ words, the Minister isn’t consulting with local leaders to reach a mutual decision in the given timeframe. “The Minister and her experts never come to the districts and
never send public servants to rural areas to inform about the consultation’s timeframes; they only guess to determine the timeframe – when people don’t participate in the consultation process, who’s done wrong?” (omi)