Statement by The Spokesperson of the IV Constitutional Government, The Secretary of State for the Council of Ministers regarding Bano and Teixeira on 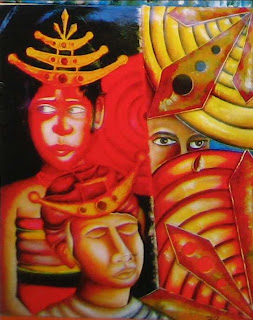 DEMOCRATIC REPUBLIC OF TIMOR-LESTE IV CONSTITUTIONAL GOVERNMENT MEDIA RELEASE Díli- October 28, 2009 Statement by The Spokesperson of the IV Constitutional Government, The Secretary of State for the Council of Ministers regarding Bano and Teixeira on Public Finance Management

Aresenio Bano and Jose Teixeira need a course in public finance management; which could have started this week if either had bothered to attend the Commission C hearings in National Parliament where the Minister of Finance, Ms. Emilia Pires, spent two exhaustive days on October 26 and October 27, reviewing in depth the budget executions of 2008, 2009 and the details of the 2010 budget.

Despite not being present at the Commission C hearings, both Bano and Teixeira made themselves readily available as experts for media interviews on public finance management (names and numbers at the bottom of the Fretilin media release dated October 27, 2009).

Neither Bano nor Teixeira seem to be aware that they quoted audit reports on their own Government and that the public financial management system under the Fretilin Government violated the laws of Timor-Leste, The Budget and Financial Management UNTAET Regulation 2001/13 Section 39.1 (b) which requires that ‘public accounts must be consistent with international accounting standards. The previous system, which led the country to double in poverty with negative economic growth rates, did not comply.

In response to the assertions of Bano and Teixeira on October 27:

1. The auditors of the IV Constitutional Government, Deloitte Touche Tomahatsu, had approached the previous auditors, namely Merit Partners, requesting the working documents of the previous years’ audit. Merit Partners denied the request. The working papers are not retained by Government and the prerogative to share such documents is solely the discretion of the company that conducted the audit.

3. The comment by the auditors that they could not obtain evidence ‘to support the validity of pension payments’ is due to the fact such payments are made in cash in the districts on a quarterly basis and the auditors were unable to physically verify actual pension disbursements in the field due to the lack of time.

4. The assertions by Bano and Teixeira that there were no audit qualifications in the reports of the previous years were not factual. Merit Partners in their audit report for the year 2006-07 mentioned among others the following:

* ‘That the National Administration of Customs was unable to provide supporting documents for the financial transactions for the year ended 30 June 2007. We were advised that all documents were destroyed during an arson attack during civil disturbance

* ‘The value of “unallocated stores” of US $1.176 million disclosed in the financial statements does not reflect the actual value of the asset as at 30 June, 2007. We understand that during the period of civil disturbances a substantial amount of stock was removed without authority from the Government warehouse housing unallocated stores”

However, as the report had to be presented by end August 2009, the auditors did not have time to audit all the documents made available to them. The practice of keeping accounts open after year end, was a practice that began under the Fretilin Government. A large number of such arrears had to be cleared at the end of 2008, many relating to “carry-overs” from 2006-2007 and earlier years.

The auditors have not commented about ‘missing funds’ anywhere in their report.

It should be noted that the Ministry of Finance has since adopted the recommended international best practice modified cash accounting system, decentralized budget execution to line ministries for more efficient service delivery, eradicated carry-overs which had immobilized the system, and brought in a specialized team of experts in operating the Free Balance system to ensure the accounts and expenditure of Timor-Leste could be monitored on a daily basis.

Manipulating budget execution rates is the norm for Bano and Teixeira each year during the budget period.

They failed to mention that the IV Constitutional Government have executed more public funds into the economy than all previous Governments combined and the ‘engine house’ ministries have doubled, and in some instances, tripled their output.

The budget rates for 2009 have only been reported up to October. The fourth quarter of the year has only just begun, and is always the heaviest spending quarter particularly for capital items. The PFM law holds each line ministry responsible for budget execution, the responsibility of the Ministry of Finance is to provide strong technical support and assistance for whole of Government, and Ms. Pires is the first Finance Minister to release a document with budget execution rates of each line ministry available to the public through the National Parliament on a quarterly basis; introducing a new level of accountability and transparency to the budget process.

On September 17, 2009 Jim Adams, Vice President of the World Bank, praised the financial management of the IV Constitutional Government. “Timor-Leste has achieved solid economic growth over the last two years. This is no small achievement in difficult times - nationally and globally. Through the dedicated efforts of all sectors of Timorese society, social stability has been restored and an environment of economic growth is being fostered. Government spending has increased markedly and this is bringing benefits to poor people across the country”

Mr. Adams also noted that “Timor-Leste had implemented its national recovery strategy even in the face of assassination attempts on the President and Prime Minister in 2008. As a result: Thousands of internally displaced people being resettled using Government-provided funds to reconstruct housing and rebuild livelihoods, Hundreds of schools have continued to be built, rehabilitated or expanded allowing for tens of thousands more children to attend school, Job creation programs are beginning to bring about much-needed local income generation, especially in poorer rural areas, a pension scheme for veterans has been put in place as well as pensions for the elderly and disabled, Non-oil GDP growth reached an impressive 12.8 percent in 2008 and Budget execution accelerated from US$65 million in 2005 to US$551 million in 2008, reflecting stronger financial management and strategic planning systems in the Ministry of Finance and other agencies.”

Despite the bids of Bano and Teixeira to tarnish the reputation of Ms. Pires with cheap and manufactured allegations, which we can all be assured will continue throughout the budget debate process, the desperate duo cannot manipulate the facts. Ms. Pires’ expertise has helped Timor-Leste become the second fastest growing economy in the world last year, behind Qatar; an impressive accomplishment, considering the state of the nation in late 2007 when the IV Constitutional Government took office.

Agio Pereira, the Secretary of State for the Council of Ministers and the Official Spokesman for the IV Constitutional Government noted, “These results are certainly not a product of ‘woeful financial management’, but should provide resounding reassurance and confidence in the Prime Minister, His Excellency Xanana Gusmao, who is executing a challenging national agenda of social and economic reforms for the people of Timor-Leste’.

I strongly recommend that any accurate information needed on budget information from the media or the public be directed to The Ministry of Finance, where there is Timor-Leste’s foremost expertise in public finance management and the Minister of Finance, Ms. Pires, who will be much more forth coming and unquestionably more knowledgeable than either Mr. Arsenio Bano or Mr. Jose Teixeira on the financial status of Timor-Leste.”ENDS