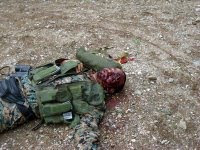 Translated Report made by Dr. Zeni ARndt. On 10/11/09 the following were the witnesses for the Prosecution:

1) Jose Belo, is a a journalist, who did not appear in Court, asserting that he has the right as a journalist to preserve his source of information;

2) Father Verdial Natalino de Souza, also did not want to appear claiming that he could not testify because he is a priest;

3) Clarice do Ceu (Ameta) is an ex-lover of Major Reinado and has a young daughter with him. Strong evidence in the case files already clearly demonstrate that she intensely maintained contact with Major Reinado via telephone number 7291243 prior to his death, making over 100 phone calls.

On February 10, 2008 she sent an SMS to Major Reinado after 22 pm, saying that he should go to the meeting/seminar the next day, if he did not feel well. Therefore she knew that he would be attending a meeting the following day.

4) She denied being the owner of the phone, because this would link her to the alleged attack against the PR and PM and to the death of Major Reinado and Leopoldino Exposto.

5) The Defense asked the Court to issue an order to Timor Telecom in order to determine the location and identification of the communication towers/ principle antennas from where the calls were made and received from Major Reinado’s phones to the number 7291243. This request was made because the Prosecution asserts that this phone belonged to Angelita Pires even though there already exists immense evidence to prove otherwise. Therefore the Defense wants to remove any shred of doubt regarding this matter.

This evidence is important to demonstrate were the people were at the time the calls were made, ie. which country, city, district etc they were at during the calls. It also strongly indicates that the Police and Prosecution manipulated evidence during the investigation phase in order to set up and unjustly incriminate Angelita Pires in order to liberate the real culprits.

6) Germenino Amaral dos Reis (Liquiceira) was a close friend of Major Reinado and member of MUNJ for Ermera District. He said that he knew that the Government provided the vehicles, fuel and money to the rebel group. The weapons they carried were delivered to the group by the PNTL themselves. He also confirmed that Dr. Benevides Correia was Major Reinado’s lawyer and that Angelita Pires was a close friend and companion of the Major.

He said the Government had held meetings after meetings since 2006 up until 2008 however, they did not take the matter seriously enough and therefore failed to provide an urgent and efecient solution to the 2006 Crisis and the armed rebel group. He stated that he believed that 11th February was a sad outcome of this governmental failure. He confirmed that a seminar was being organized by MUNJ and planned to be held in Gleno, Ermera on the 17th of February 2007, between Major Alfredo, Gastao Salsinha, MUNJ, Govenment officials, including the President and others. He stated that he himself as a member of MUNJ was incharge of the logistics for this seminar and nobody else.

7) José Mendonça, is a civilian who escaped from jail in 2006 along with Major Reinado, he worked at the Major’s home in Lauala, Ermera, as a kitchen-hand. He was there on 10 February 2008 and saw Angelita and her friends, Mr. Victor de Sousa, his wife Mrs. Teresa de Sousa, their young son and an elder foreigner lady, but did not know her name (Elisa Mourato) arrive and have lunch there. He confirmed that they (Angelita and her friends) left together well before MUNJ representative Câncio Pereira. He stated that Câncio Pereira arrived in Lauala in his own dark blue vehicle and that he left Lauala, driving that same car, during the night, along with Major Reinado and his men and that they headed in the direction of Gastao Salsinhas’ house.

Image added by ETLJB: The body of Major Alfredo Reinado lies in the yard of the presidential compound in Meti Aut, Dili, East Timor after being shot at close range during an alleged assassination attempt on President Jose Ramos-Horta.
at Saturday, November 14, 2009