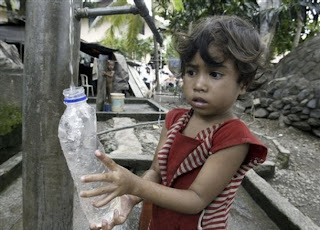 FRETILIN MP Jose Teixeira today called on the Timor-Leste parliament to support his proposal for a new law compelling a public declaration of pecuniary interest by all government officeholders, including MPs.

His call reflects deep public concern at the enrichment of a small layer of Timorese society through spending decisions of the de facto government, while the great majority remain very poor. It comes in the wake of the government’s illegal decision to first release then allow the return to Indonesia of the former militia leader Maternus Bere, accused of crimes against humanity during the September 1999 violence at Suai.

Currently the President of the Republic, the Prime Minister, his deputies, Ministers and other members of government and the President of National Parliament are required to lodge a pecuniary declaration with the Court of Appeal, but these details are not made public, as
they are in many countries. MPs are not compelled to lodge such declarations of pecuniary interests. Only one politician has made a public declaration of his personal and pecuniary interests since the restoration of our independence on 20 May 2002, and that was FRETILIN’s President Francisco Guterres Luolo, when he was a candidate for President in 2007.

“Many people suspect that a number of politicians, including Ministers and MPs, have a conflict of interest, because they felt that their pecuniary interests in Indonesia may be put in jeopardy unless they were more accommodating on the Bere issue. This public suspicion of large bank accounts and apartments in Jakarta, Bali and Surabaya is not healthy for our young democracy. We have to bring this into the open, so that we can eliminate this possibility from the public
minds,” Mr Teixeira urged.

Bere’s release has been widely questioned in Indonesian civil society circles as well as in Timor-Leste. “Many are asking, what was the real impetus for Timor-Leste politicians to so eagerly accommodate those demanding the release of Bere and to even break the law to do it? We
simply do not accept that today’s Indonesia would react negatively against someone facing justice in Timor-Leste, that merely this would somehow threaten our national security, and that this could justify Bere’s release,” said Mr Teixeira.

“Public declarations of MPs pecuniary interests are a common practice in democracies. It is even more necessary in democracies in transition such as ours. I will introduce the necessary legislation to achieve this. I also think Timor-Leste must urgently negotiate an extradition treaty with Indonesia, so that our respective justice systems can have effective reach to bring those charged criminally to justice,” said Mr Teixeira.