Communal Land in the Formal Title System - Lessons from Java 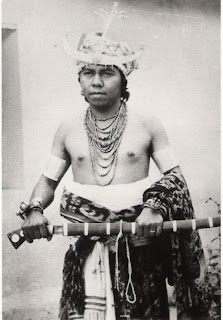 ETLJB 12 July 2009 SYDNEY Traditional communities in East Timor are about to face their first challenge from the new East Timorese state as public consultations begin on a draft land law that does not confer juridical status on customary land tenure systems.

The following paper comes from the Indonesian Land Administration Project which attempted to deal with this issue in the process of the construction of a land registration record in Indonesia.

I. Introduction
Communal land (tanah ulayat) has been avoided in the land administration project (LAP) registration process and so LAP activities have been prioritized on the island of Java; the reason being, among others, that hak ulayat (communal land right) on Java has vanished through the process of the individualisation of land rights.

II. Confusion in the Understanding of the Concept of Ulayat
The tendency to avoid hak ulayat is based upon a confused understanding in the consideration of the concept of ulayat as the same thing as communal land. In the ulayat concept, there is indeed a joint right. However, this joint right is not the same as the communal right as it is understood in Western Europe as a joint right of ownership, a joint right to work the land and the right to jointly benefit from the production of the land.

Precisely, ulayat provides the possibility for the control of land not only in a joint way by the nuclear family, extended family, clan group or local group but also individually. So ulayat is not a land right but is the authority or power of a community living together to regulate the relationship between humans, the land, and the surrounding environment.

The application of this power is separated into two authorities – internal and external. The external authority is the competence of a communal group to authorise, prohibit and delimit the right of outsiders to take produce from the ulayat environment. On the other hand, the internal authority is to grant rights on land to members of the community and outsiders to enjoy the produce of the ulayat environment. From this internal power are born adat (customary) land rights for the village community as a whole, as well as for individuals, families, clans and tribes. The rights on land that are created from the application of the internal power are often referred to as hak adat (customary rights) and the land is referred to as tanah adat (customary land).

Land that is controlled by a village, a family, clan or tribe is land that is held jointly and is often referred to as tanah komunal (communal land). But that joint holding certainly does not confer a right to collectively work the land and jointly enjoy the produce from it. The joint holding is worked and its produce enjoyed by the individual and or a family autonomously. Therefore, this joint holding is not a collective right such that the land becomes communal land. So village lands such as titisura, bengkok, lungguh can not be categorized as communal land.

III. Registration of Ulayat Land
The kinds of land rights that are created based upon the internal application of ulayat still exists in village communities throughout the whole of Java. The many original terms for such rights have been replaced with new terms such as tanah kas desa (special village lands), tanah aset pemda (land assets of the regional government) but the perception and conceptualization in the community of the function and use of such lands is still the same as the ulayat provisions according to the local adat (custom).

These lands have been registered under LAP with a converted title derived from Article 16 of the Basic Agrarian Law of 1960; namely hak pakai (right of use) in the name of the relevant village and a certificate has been issued accordingly.

A more emphatic reality is found in the Special Area of Jogjakarta where Regional Government Regulation No 5 of 1954, Articles 3 and 6 and their elucidations, provide that land within the control of the village that is referred to as beschikingsrecht (from the Dutch ‘communal land tenure’) are to be regulated and managed by the kelurahan (village chief management) itself.

Translated from the original Indonesian text by wwright 2009
-----
Image added by ETLJB: What impact will the new draf t land law have on the norms and customs of East Timor?