Prime Minister Gusmao on the occasion of the Intelligence Seminar 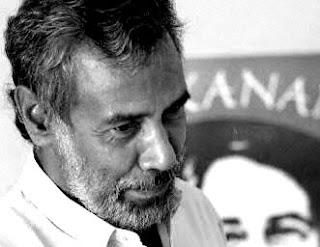 I start by addressing all of you who have taken an active part in organizing this Seminar, thanking and congratulating you for the excellent work you have done. I also thank all those who have offered to share their knowledge with us, making themselves available to be public speakers during these two days.

Particularly I would like to acknowledge the presence of Dr Jorge Bacelar Gouveia and Mr Andrew McIntyre, who have come respectively from Portugal and Australia with the single purpose of taking part in these sessions dedicated to the Intelligence System.

I trust that by the end of this cycle of conferences all of us will have learned from what was discussed here, and that we will have a correct perspective on the role to be played by intelligence services today.

Indeed, our still recent memory continues to associate intelligence agencies to the so called “dirty work”, the main purpose of which was to ensure the survival of certain political regimes, usually totalitarian ones.

Intelligence agents were then associated with a series of repressive activities seeking the isolation, if not the very annihilation, of the opponents of the “Regime”, striving through all means, including illegitimate ones, to erase any contestation to the ruling power.

We too have suffered in our Country attacks on the most elementary of human rights, committed by intelligence agents who did not hesitate to use the most brutal of methods to repress our People’s struggle for liberation and National Independence.

Many Timorese citizens were the victims of these methods, losing their lives or being left with physical and psychological scars that memory cannot erase. But this is all in the past! We must now look to the future, and that is exactly why we are assembled here, both today and tomorrow. Behind the decision to hold this seminar there was the intention of making perfectly clear to the Timorese society what role Intelligence Services will have now that we are an independent and sovereign Country, having democracy as our main reference.

Intelligence services in a democratic State have absolutely nothing in common with the ones existing in totalitarian States. In modern societies they pursue their activities in order to protect national interests and to help the State to achieve its goals, being the first line of defence and security of those countries, particularly smaller countries with fewer resources, as is the case of Timor-Leste.

The timely production of credible and objective information ensures the State a real advantage in relation to those who seek to threaten its survival. This does not apply only to external menaces – indeed, nowadays it applies even more to all those who pursue their activities within criminal organizations, which currently tend to have branches that go beyond national borders.

Intelligence services work by anticipation, hence their mission to prevent and anticipate threats against the National Security of States. The National Intelligence Service is not meant to serve this government or the next ones. The NIS serves the State and pursues its tasks in compliance with the Constitution of Timor-Leste, as expressed in its Organic Law.

In cooperation and coordination with the further Defence Forces and Security Forces and Services, the NIS strives to safeguard national independence, national interests, external security and internal security, namely by preventing any type of criminality that might threaten the Rule of Law set by the Constitution.

Unlike the previous intelligence services in our Country, the NIS is not a police force – it does not have competence to arrest or investigate anyone without the proper legal authorization granted by the competent court.

The NIS merely collects news, studies them and processes them into information. This information should be vital for the survival of the State, contributing decisively to the creation of effective safety conditions for the populations and their goods, so that the Timorese society may live in a peaceful and orderly manner.

This is the important mission of the NIS: to assist the Defence Forces and the Security Forces and Services so that they may ensure the Country’s territorial integrity against external and internal threats.

The NIS is a strictly nonpartisan service: it is not and may never be at the service of one party or the other. I shall never allow it while I am the Head of Government. I have said it before and I will say it again, the NIS is exclusively at the service of the State, regardless of who may be in power for the time. It is important that the Timorese society grasps this message: unlike what happened in a not so distant past, the NIS does not exist to repress the populations, even those who oppose the ruling power of the time.

In a democratic State the opposition to the legitimately elected rulers is not done with violence, and as such the response of the State to the movements of contestation must have the utmost respect for the right to difference, as well as have human rights as a permanent concern. The major goal of this seminar is therefore to make the Timorese people trust the National Intelligence Service. This trust must naturally start with the persons who have direct responsibilities for leading the Country.

Thus we intended to have the participation of all sovereignty bodies, the Courts, the political parties – both the ones that make up the present parliamentary majority and the ones in the opposition –, the churches, the press and other agencies that in some way contribute to the daily activity of the State.

It is important that all these persons understand the mission of the NIS, and the manner in which the members of the NIS are required to act within a democratic State as the one in which we live today.

If we can grasp this message we may also convey it to the Timorese society in general, so that the Timorese people may trust their Institutions, particularly those responsible for keeping them safe.

Once again, the purpose of the NIS – along with other bodies – is to maintain peace and security in the Country and to ensure that the Timorese society lives in a harmonious and peaceful manner and in compliance with the Law.

Finally, I wish to make it perfectly clear that it is my firm intent to provide the NIS with the necessary means to enable it to perform the mission legally given to it with efficiency and effectiveness.

I admit that it was necessary for a while to suspend the activity of the NIS. It was necessary to start its reorganization and restructuring and to draft its Organic Law, which did not exist. The NIS is currently starting its operations. Soon the service will have a Director General, whose first task will be to complete this internal reorganization and restructuring process.

From the start we have been cooperating with counterpart services from friendly countries. I would like to thank in particular the Ambassadors of Portugal and Australia for the role your countries have played in this task of building a true Intelligence Service in Timor-Leste, adapted to life in a democracy.

We will continue to cooperate with these countries in the future, and eventually with others that share close ties with us.

Our goal is for the NIS to grow in a healthy manner, so that it may give a valid contribution for the affirmation of Timor-Leste as a sovereign Country.