"There is no justice in Timor-Leste for the ordinary citizen", says accused Angie Pires 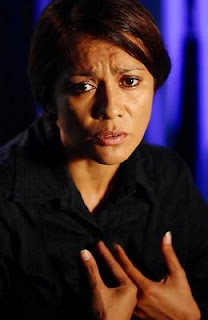 ETLJB 13 July 2009 SYDNEY - The lawyer for Australian citizen Angelita Pires, Jon Tippett, says that based on his examination of the evidence, the charges brought against her by the Prosecutor-General for her alleged role as "mastermind" of the attacks on President Ramos-Horta and Prime Minister Xanana Gusmao in 11 February 2008 will not stand up in court.

That is provided that the case is decided only on the available evidence - uncontaminated by the prejudical comments of President Ramos-Horta against Ms Pires.

Ms Pires' trial began in Dili today amidst tight security. She is standing trial at the same time as the surviving rebel soldiers who are alleged to have participated in the attacks.

Ms. Pires has been detained in East Timor since the confiscation of her passport last year. She was reported on SBS World News Australia tonight as saying that, if convicted, she will stand up and tell the world that there is no justice in Timor-Leste for the ordinary East Timorese and that justice is there only to protect "half a dozen" powerful entities.

Her lawyer, Darwin Queens Counsel, Jon Tippet, has condemned the Timor-Leste justice system as corrupt and dysfunctional.
at Monday, July 13, 2009