Gusmao to face calls of corruption 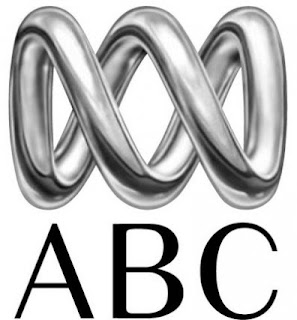 Australian Broadcasting Corporation 30/06/2009 Reporter: Alison Caldwell - The ABC has obtained documents which suggest East Timorese President Xanana Gusmao signed lucrative contracts with companies owned by his daughter and daughter-in-law worth nearly nine million dollars to import rice. Tomorrow in parliament the opposition will accuse him of corruption, nepotism and collusion.

Transcript
KERRY O'BRIEN, PRESENTER: Later this year, East Timor will celebrate its 10th anniversary of independence. The question is: will the Prime Minister Xanana Gusmao still be around as PM to celebrate the anniversary?

Mr Gusmao emerged in the early days of independence as a revolutionary hero in the mould of Nelson Mandela. Tomorrow, in Parliament, the Opposition will accuse him of corruption, nepotism and collusion.

The ABC has obtained documents that suggest Xanana Gusmao signed lucrative contracts worth nearly $9 million to import rice with companies in which his daughter and daughter-in-law have a financial interest.

A Government spokesman says the Prime Minister is acting within the law, but the Opposition says he must resign. Alison Caldwell reports.

ALISON CALDWELL, REPORTER: On the eve of its 10th anniversary as an independent nation, East Timor is still one of the poorest countries in the world. Almost half the population lives on less than 55 cents a day.

Their Prime Minister, Xanana Gusmao, is seen by many as the father of the nation, the guerrilla fighter who went on to lead the former Portuguese colony to independence after 25 years of Indonesian occupation. Now, Xanana Gusmao is under fierce political attack from his own former party, Fretilin.

ARSENIO BANO, EAST TIMOR OPPOSITION LEADER: It is corruption, nepotism, it is a collusion.

ALISON CALDWELL: The ABC has obtained documents which suggest that the Prime Minister personally signed off on lucrative contracts with companies part-owned by his daughter and his daughter-in-law.

EMILIA PIRES, EAST TIMOR FINANCE MINISTER: There was a crisis. You don't need to advertise anymore. It's not a matter of advertise - there was a crisis. You can't just close the doors. Nobody was selling rice to any other country. We didn't want to do that. We didn't want to kill our private sector. Even though they did not have the capacity, our policy, the government's policy, is to make sure that we help the private sector, we empower them.

ALISON CALDWELL: Documents obtained by the ABC show a company called Prima Food was paid US$3.5 million to import over 7,000 tonnes of rice to East Timor. Xanana Gusmao's daughter Zenilda is a major shareholder of Prima Food.

While Xanana Gusmao is yet to respond to the ABC's requests for an interview, his deputy Mario Carrascalao rejects any suggestion of impropriety.

MARIO CARRASCALAO: The first time I hear about the name of the Prime Minister's daughter, and according to my knowledge on Mr Xanana Gusmao, he is not the kind of man to favour his family directly. Maybe someone want to please him and they perhaps help some of his relatives.

ALISON CALDWELL: The Prima Food contract isn't the only rice import contract raising concerns. Among the owners of other companies awarded lucrative contracts is the Prime Minister's daughter-in-law Carminda Carlota. Married to the Prime Minister's son, Carminda Carlota is the director and major shareholder of Olifante, a company which was paid US$3.5 million to import rice.

ARSENIO BANO: I think he should resign. It is very, very serious. I mean, I can't believe that someone can sign a contract, multi-millions contract with a company that his daughters or daughter-in-law are a part of.

EMILIA PIRES: So, the Prime Minister, when he signs off, he doesn't even know which company, A, B, C. It's been cleared by the process.

ALISON CALDWELL: Under East Timorese law, the Prime Minister signs off on contracts worth over $1 million, while the Finance Minister signs off on contracts worth less than that. Article 32 of East Timor's procurement law states that a public body can't grant a contract to a relative up to the second degree of kinship, including direct relatives such as son or daughter, and beyond that, nephews, nieces and cousins.

East Timor's Finance Minister Emilia Pires has been touted as a future Prime Minister. She has a different interpretation of the law.

EMILIA PIRES: We don't discriminate people just because they happen to be the Prime Minister's daughter or the brother of so and so. If they are eligible, they apply. And so, I don't have any problems with that.

ALISON CALDWELL: A spokesman for the East Timorese Government says the Prime Minister isn't legally considered a public body and therefore isn't constrained by Article 32 of the procurement law. He says the allegations are part of a campaign by the Opposition to discredit the Government the day before Xanana Gusmao's Anti-Corruption Commission is due to be approved by Parliament.

EMILIA PIRES: Opposition claims a lot of things. If you accompany our processes, Opposition has been screaming, allegating left, right and centre, calling everybody a corruptive person, et cetera, but so far have not taken the cases to the tribunal, to the places where they should be actually doing it.

ALISON CALDWELL: Speaking at a conference in Dili last year, the Prime Minister said stamping out corruption was at the forefront of his administration's priorities.

XANANA GUSMAO, EAST TIMORESE PRIME MINISTER (subtitle translation, May, 2008): We must make sure that corruption does not pay in Timor-Leste, that the risks of engaging in corrupt behaviour are real and substantial.

ALISON CALDWELL: As Prime Minister, Xanana Gusmao leads a fragile coalition of parties. With more government contracts now under examination, the Prime Minister and his coalition could come under greater pressure in the weeks ahead, leaving the fledgling nation on the verge of another potential political crisis.

KERRY O'BRIEN: Alison Caldwell with that report.
at Wednesday, July 01, 2009