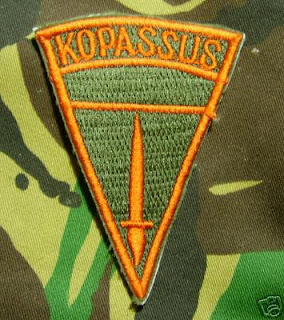 The Jakarta Globe July 9, 2009 Proposed Indonesian Army Base Near East Timor Opposed by Eras Poke - Residents of a remote district along the country's border with East Timor continue to oppose plans to establish a military headquarters there.

The Armed Forces wants to build a facility to support an infantry battalion and a calvary company in the Timor Tengah Utara district of East Nusa Tenggara, but opponents of the move say this is unnecessary as the area is secure enough.

Although the district borders East Timor, the area is still peaceful," said Goris Dudy, a district community leader. "The number of military personnel now assigned here is more than enough to deal with threats to territorial integrity." Indonesia occupied East Timor from 1975 until the region voted to become independent during a UN-backed referendum in 1999.

If the TNI [Armed Forces] goes ahead with its plan to build infantry and cavalry headquarters here, local residents will again hold street protests to reject them," Goris said.

Residents have staged several street rallies against the plan, and the district's legislative council decided on June 18 to officially reject the move.

Despite the strong opposition, Maj. Gen. Hotmangaradja Pandjaitan, chief of the Udayana Military Command overseeing the provinces of Bali as well as West and East Nusa Tenggara, recently insisted that the plan would go ahead because the region's location was strategic in defending the country against foreign enemies.

It is necessary to establish new units there because the area has strategic value in shielding [the country] from any outside interference," he said.

Col. Dodi Usodo Hargo, chief of the Kupang military district, promised on Monday to hold a dialogue with people who opposed the plan, though he declined to name a specific date for such a meeting. Eras Poke
-----
Image added by ETLJB - The dreaded Kopassus unit of the Indonsian military - Responsible for a multitude of human rights violations in East Timor during the illegal occupation by Indonesia 1975 - 1999.
at Saturday, July 11, 2009