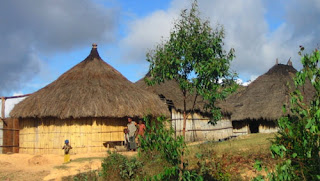 The first batch of the 62 international volunteers arrived last week, with the next two groups scheduled to reach Timor-Leste this month.

UN Volunteers have played a key support role for all electoral processes in the country, starting with the Popular Consultation in 1999.

For this year’s village polls, the Timor-Leste Government has requested the volunteers’ assistance in areas including field operation, logistics, civic and voter education, and monitoring.

In his most recent report on the country, Secretary-General Ban Ki-moon said he is encouraged by the strides made by the leaders and people of Timor-Leste since violence shook the small Asian nation in 2006, but warned that the root causes of that crisis, including poverty and unemployment, still linger.

In late April 2006, fighting ­ attributed to differences between eastern and western regions ­ erupted when 600 striking soldiers, or one-third of the armed forces, were fired. Ensuing violence claimed dozens of lives and drove 155,000 people, 15 per cent of the total population, from their homes.

In the more than two years since that crisis, Timor-Leste, which the UN shepherded to independence in 2002, has “made remarkable progress in overcoming the most visible reminders of that year,” Mr. Ban writes in his latest report on the UN mission in the country (UNMIT).

The Secretary-General's Special Representative, Atul Khare, briefed a United States Congressional delegation, the first-ever to Timor-Leste, on UNMIT's mandate and activities, as well as on strides made to consolidate stability in the wake of the 2006 crisis.

The bolstering of the relationship between the two countries 'can help deepen the understanding that democracy in a young nation like Timor-Leste provides the best avenue for redressing societal grievances, and hence creates the conditions for better long-term security and development,' he said at today's meeting in the capital, Dili.