The UN and Security Sector Reform in Timor-Leste circa 2009 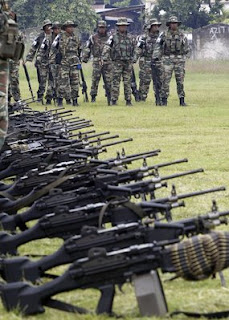 The Government of Timor-Leste has steadily exerted greater control over the process of security sector reform (SSR). The United Nations – despite its mandated role in SSR – has become increasingly sidelined. This study examines the evolution of SSR in Timor-Leste, focusing on the role of the UN, its ability to deliver effective and efficient SSR program support to the national government, and the factors leading to its marginalization. It is divided in three parts: first, a brief history of the country as relevant to the security sector; second, the key challenges to SSR in Timor-Leste; and third, an analysis of the UN’s involvement in security sector reform.

The absence of sustainable security sector reform by UNMIT and by its predecessors – of which the delayed Review is but the last example – has created space for the government to lead its own process. There is strong government ownership for reform, albeit in a direction that may not be in full agreement with international priorities, and which leaves aside fundamental problems like the division of responsibility between the military and police. Broader and deeper local ownership, however, has not been a priority. Public concerns, including accountability, access to justice, and the role of traditional institutions have yet to be sufficiently embraced by the government.

Rather than continue squandering resources on a process that is increasingly viewed by the Timorese leadership as irrelevant, UNMIT should focus its attention during the remainder of its mandate on supporting the government’s initiatives and on using its remaining political role to encourage the government to seek greater public input into the reform process. The UN Country Team, above all UNDP -- which will remain in Timor long after the departure of UNMIT – should support the government’s own reform process, working from within to enable greater public consultation and promote issues of accountability and justice.

There will likely be tremendous political pressure for the transfer to the PNTL of policing responsibility, whatever the degree of progress on benchmarks. The Secretary-General’s 2009 report foresees the possibility that the benchmarks will not be met in the coming year. In this event, the UN could consider mandating a significantly smaller follow-on police mission that would continue to monitor and track progress, offer advice, and, importantly, provide extremis law enforcement if called upon. The progress of the Review, however, should not justify further extension of UNMIT’s current mandate.

Successive UN peace operations in Timor-Leste have viewed security sector reform as a prerequisite for withdrawal. There is no better indicator of the UN’s continued failure to understand SSR as a long-term process – as an entry strategy for long-term development assistance, not a short-term exit strategy for peacekeeping. This disconnect has resulted in a disjointed, poorly conceived approach to SSR that, from among the broad range of SSR tasks, focuses solely on what is implementable within the time frame of a mission. Yet in so doing, it has initiated a series of incomplete reforms, which have yet to lay the foundation for transformation in the security sector.

Image added by ETLJB: F-FDTL and some of its arsenal of weapons.
at Thursday, July 16, 2009