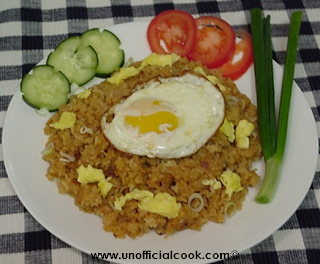 REPUBLICA DEMOCRATICA DE TIMOR-LESTE IV CONSTITUTIONAL GOVERNMENT MEDIA RELEASE Dili - July 8, 2009 Statement By The Spokesperson of the IV Constitutional Government, The Secretary of State for the Council of Ministers Ricegate

In regards to the Australian Broadcasting Corporation reports regarding rice, rice and more rice, boiled, baked and fried Fretilin style, the Spokesperson of the IV Constitutional Government, and the Secretary of State for the Council of Ministers, Agio Pereira said “While the continued campaign ad nauseum is becoming domestic fodder, Arsenio Bano is still repeating this propaganda.”

“But at least he has finally admitted and supported the Minister of Finance who has been working on the new procurement and tender reforms for the past year. The law has been drafted and is currently subject to consultation.’

“The irony is that both the Australian bi-lateral program and the World Bank’s PFMCBP (Public Finance Management Capacity Building Program), has worked with the Ministry on these reforms.

‘The PFMCBP is the program so ignorantly attacked by Fretilin. Yet this program is largely responsible for ensuring these reforms are in line with international best practice. Considering the inefficient and self serving laws Fretilin left behind, we applaud their statement to the ABC today that their own laws need dramatic reform. This concurs with the Deloittes procurement audit report conducted on the former Government.

Pereira stated the IV Constitutional Government had no intention of taking Fretilin seriously considering the rice crisis it created from gross mismanagement in 2006.”

Douglas Kammen and SW Hayati, authors of On Crisis and Rice in East Timor, one of the most comprehensive investigative reporting pieces on the 2006/2007 rice crisis in East Timor, concluded:

“That despite good intentions, the (Fretilin) government program, designed in cooperation with the World Food Program, has resulted in taking rice out of the market place, thus triggering the crisis.”

On the transparency of the processes, the authors observed:

“ ...all indications are that the Ministry of Development’s food security program has involved a lack of transparency (if not outright corruption), that the state lacks the capacity to channel rice to the population in an equitable and efficient manner, and that by taking rice off the market government purchases may in fact be the primary cause of the crisis.”

On the letting of rice contracts Kammen and Hayati noted:

“In separate interviews, two businessmen in Díli who prefer to remain anonymous complained that the first contract in the Ministry of Development’s food security program was granted without a tender. One of them explained: ‘The Ministry signed a large contract for the purchase of rice with a company in Díli that has not previously imported rice.’

These sources claim that this company then turned to a Díli-based rice importer to fill the government contract. In February, Minister of Development Arcanjo da Silva told Timor Post that a company called Landmark had received a contract worth US$3,369,000 for the import of food, including rice.

When asked, Landmark stated it does not import rice. Moreover, Landmark is not one of the companies known to have imported rice between 1 November 2006 and 31 January 2007, and there is reason to believe that the originalcontract may have been and a new contract granted to Jaime dos Santos, a Timoresebusinessman with close links to Fretilin” Pereira concluded, “The Xanana Gusmao Government went to extreme lengths to ensure food security. This was achieved, and because of our diligence we did not have to impose on the World Food Program’s reserves like the previous Government.’

‘We succeeded mainly because we planned accordingly, navigated the global food crisis, fostered fair conditions for the Timorese private sector to succeed and took measures to stabilize the domestic market so that our citizens had access to food. These conditions all contributed to the much-needed peace and stability that is evident in Timor today.” ENDS

For a copy of the Deloittes audit report on procurement of the previous Government and for more information please contact: