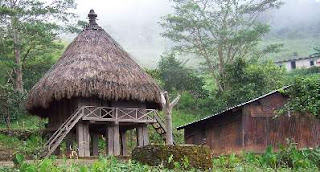 Timor-Leste Land Network: Land Law consultation in Manufahi Manufahi District: 61 minutes not enough to consult on draft Land Law 7 August, 2009 - On 23rd July the Minister of Justice led a public meeting on the draft Land Law in Same, Manufahi. The Minister again said that she would extend the public consultation until November. She also announced that the government would consult with some sucos, and that she would hold a national workshop on the Land Law.

"The Land Network is happy that the Minister is hearing people's concerns about the consultation process. But is she going to follow through on her promises?" asked José Amaral, Advocacy Officer for the Timor-Leste NGO Forum.

"If the Minister seriously wants to extend the public consultation she should announce this nationally. It's now almost two weeks since her announcement and we’ve heard nothing from the Ministry."

The date of the Manufahi consultation moved several times and fell on the same day as a large NGO organized meeting. Many people therefore couldn't participate in the Land Law meeting. Participants asked questions on how the law would affect land occupied by Indonesia, people forceably removed to Atauro, land sales, compensation, church and traditional land.

"Although we are happy to see more discussion on land issues, the Same meeting raised few constructive comments on how to improve the law," said Inês Martins of the Land Network.

"This is because people have only 61 minutes to speak, they haven't seen and don't understand the law, and the meeting is organized at the last minute. Also, because the Minister alone replies to all questions or comments on the law she often provides information that is misleading or wrong."

"Should communities or the State get the money from renting community land? Should 100% foreign owned companies have the right to own land? Should dispute boards be based in Dili, or should they reach the districts? What is the fairest way to resolve land disputes? How can we decide the value of compensation if there is no formal land market? ― These are all issues in the draft Land Law that should be discussed in the consultation."