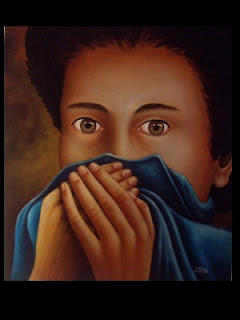 ETLJB 30 August 2009 SYDNEY The social problem of incest (which some describe as a moral and religious issue as well) is a difficult subject to broach. But it is a matter that requires the utmost attention from policy makers and law drafters because the state has a singular duty to protect the rights of the most vulnerable in the community; amongst whom we count our children.

Sexual violations and predations on children must be investigated and prosecuted with the full force of the criminal law. The protection of the rights of the child is a fundamental responsbility of every civilised society. Recent cases of sexual and other physical abuse of children at the hands of the agents of the Catholic Church around the world have caused a global wave of horror and disbelief. The crime of incest takes away from the quality of life of those against whom it is committed and causes profound psychological and physiological problems. It is worthwhile, therefore, having a look at some of the empirical evidence of incest in East Timor and the possible causes for its occurrence.

The Women's Justice Unit of JSMP monitored five cases of violence against women that were heard on the 20th and 21st November 2007. Of these five cases, one related to domestic violence and the other four related to sexual assault.

In response to the rising number of incest cases in Timor Leste involving underage female victims, Timotio de Deus, Executive Director of JSMP, appealed to everyone across the nation to be more proactive in protecting and supervising young girls from the dangers of sexual assault. Parents have the moral responsibility to supervise, protect and accompany their young daughters.

The JSMP executive expressed deep concern at the rising number of incest cases in Timor Leste because the perpetrators of these rapes are related to the victims. JSMP called on all members of the community in Timor Leste to work together and stand side by side to protect the young generation from acts of sexual assault. Often these cases of incest involve step fathers and their step daughters, and even biological fathers and their own children.

Timotio stated that many parents in this nation suffered from moral degradation. Therefore, JSMP appealed to everyone in Timor Leste, especially educated parents and religious leaders, to pay attention to this issue. If we fail to do so, people will say that people in Timor Leste practice incest, because many parents commit sexual assault against their own children to appease their own sexual desires.

JSMP described these crimes as heinous and shameful and undermine human dignity. On the other hand, they undermine the dignity and respect of Timor Leste in the eyes of the rest of the world.

In November 2008, JSMP reported again on proceedings in the Oecusse District Court involving incest against minors where the Defendant was the father of the victims On 19 November the Oe-Cusse District Court conducted a hearing into a case of sexual assault involving the defendant HN. This immoral incident occurred in December 2006 in Taiboko village, Oe-Cusse. Based on monitoring conducted by JSMP at the aforementioned court, the trial was closed to the public because the case related to the chastity of minors (13 and 11 years old).

JSMP was informed by the lawyer for HN after the conclusion of the trial that the defendant did not provide consistent testimony throughout the course of the trial in regards to what he had previously told police during their investigations. This was also the case with testimony provided by the witness (mother of the victims).

The two victims decided to say nothing when invited to make a statement. As the testimony of the defendant kept changing the prosecution was not able to establish the elements of the charge (Article 285 of the Indonesian Penal Code).

In his final statement the lawyer for the defendant asked the court to acquit the defendant from all charges because his guilt had not been established.

Finally, the defendant informed the court that he and the victims had agreed to an amicable settlement (forgiveness). However, it appears that the court did not recognize this agreement because it was unclear.

The issue of incest rose to prominence in the public arena again this year when a new law regulating abortion was enacted. Women's and human rights civil society organisations lobbied the Council of Ministers to include an exemption in cases of incest (and rape) in the draft law from the proposed prohibition on abortion. The Catholic Church demanded the exclusion of such an exemption. In the end, the conservative view prevailed.

From these law reports and the analyses from JSMP, there is no doubt that incest is a grave social problem in East Timor and that the rights of the child are not universally protected in East Timor.

Fox posits two types of socialisation process concerning the sexual life of the family. One is "easy", where siblings are allowed a great deal of familiarity with each other and parents with their children. As a result, their sexual attraction for each other is muted - reduced to a low key. In the "hard" type, there is considerable prudery (the type of prudery propagated by conservative religion) and modesty within the family with the result that the members remain strangers to each other.

Under these circumstances, argues Fox, they will be as sexually arousing to each other at puberty as strangers will. No process has intervened to produce a natural aversion. It may be that they can easily turn to other sexual partners at puberty thus easing the stresses. But, as Fox notes, it is probable that in such a society, there will be restrictions - on premarital sexuality, for example - that may prevent this. Again, in East Timor, this is certainly the case as the Catholic Church doctrine prohibits pre-marital sex.

Fox notes, finally, that if the people in this second type of socialised family are in any way cooped up together, they will have an acute problem. It may solve itself in that the very strength of the drive may be such as to produce its own inhibition. People are so scared of strong sexual feelings toward their family members that they withdraw into fantasy, producing incest myths, or they project their feelings onto witches who commit incest with impunity. Or, says Fox, they work the whole thing out of their system when anyone does give way and commit the super-crime of incest by killing them with revolting tortures, etc.*

Fox's analysis seems not far off the mark when we consider the social and religious context in East Timor which is conducive to incest. Policy-makers and legislators need to take account of empirical evidence and rational analyses of social problems - not supernatural invocations of supposed divine laws - in order to find effective solutions.

Indeed, in the case of incest, there seems to be strong grounds for ascribing much of its cause to the Catholic Church its very self and therefore a compelling reason to design a policy and legislative framework that is based on the pressing secular needs of the population; particularly the need for the protection of the basic legal and human rights of the child; strong state intervention in the application of the criminal laws, the provision of protective mechanisms for family members who have been the victim of incest, and a national public education campaign to raise consciousness of the problem and the criminal law regime governing incest offences.