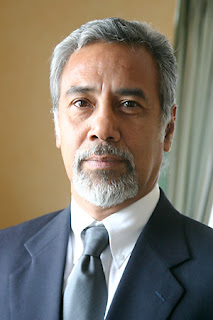 Statement By The Spokesperson of the IV Constitutional Government,

The Secretary of State for the Council of Ministers

This week the Government of His Excellency Kay Rala Xanana Gusmao reached a major milestone marking the two year anniversary of the IV Constitutional Government.

The Secretary of State for the Council of Ministers and Official Spokesman for the IV Constitutional Government, Agio Pereira stated, “against unbelievable odds, this Government, the first political coalition to govern in Timor-Leste, proved that political diversity could be embraced and through dialogue and concord, progress and development could be reached.

We demonstrated to our people that with unity, solidarity and a like -minded vision of democracy, we could start to heal and move on with the arduous task of nation building.

In turn, the people of Timor-Leste rose from past challenges to establish a new climate of stability, with a sense of pride and dignity that can be seen and felt throughout our nation.

This is a moment in time when we should recognize our collective achievements. A nation that the global community announced only a few years ago was becoming a ‘failed state’ is now the second fastest growing economy in the world.

When the United Nations warned us that returning our 150,000 refugees to homes would take at least ten years, we managed to achieve this in two years.

When we were warned the rifts between our army and the police were too deep to repair, we proved in our time of crisis after February 11, 2008, that our security sector could override past divides and join forces with a new level of national pride and professionalism, and now moving towards enhancing institutional capacity building.

And when we believed that compassionate social policies could ignite hope in our most vulnerable, we watched our veterans, the elderly and our infirmed receive, with pride, their very first monetary pensions.

Since 2007, despite much criticism, our Ministers and National Parliament committed to budgets more than the sum total of all past Governments combined to deliver better services to our people; doubling our expenditure in vital areas like Health, Education and Agriculture and increasing minor and major capitol development to rebuild our communities by 339% .

In the extremely challenging area of employment, in past two years our commitment to job creation produced wage generation for some 85,500 Timorese and increased food security measures to empower rural areas’.

The establishment of eight national resource centers across the country provided new technologies, equipment, training and technical assistance to farmers which increased the rice yield, a main staple for the Timorese, from 1.6 ton/ha in 2008 to 2.45 ton/ha in 2009 and an aggressive fisheries scheme benefitted some 2,149 fisherman, increasing fish production by an estimated 1,107,000 kg per year.

The strengthening of the private sector was also evident in the end of year results when business tax receipts increased by 56%, the total number of tax payers increased by 44% and customs revenue increased an estimated 30% demonstrating that reforms combined with more efficient systems could encourage private sector growth.

Our institutional capacity has increased dramatically with the Government’s establishment of the Civil Service Commission to regulate the public service and the Anti Corruption Commission which promises to establish an independent body to deal with corruption cases from all levels of Government, which will have the mandate to work towards the eradication of corruption from our institutions.

The most powerful achievement of Prime Minister Xanana Gusmão’s Government was depoliticizing a highly divided nation from the volatile crisis of 2006, creating an inclusive environment where our citizens could feel safe in their own communities.

The sovereignty of Timor-Leste is now firmly enshrined with a determined will for long lasting and unwavering peace. That determination is fostered by an administration with defined social and fiscal policies to support national development.

It is also the strong solidarity between the Government, the Parliament and the President, guided with the sole spirit of national unity and pride, that further nurtures the appropriate environment of national security and safety, thus helping to ensure that those who try to damage the good name of our country are met with unequivocal condemnation.”

The Secretary of State of the council of Ministers also commended the partners in development, the donors, the International Stabilization Forces, UNMIT, the NGO’s and all the charitable based operations in Timor-Leste who contribute to the national priorities of the
IV Constitutional Government. ENDS