Radio 2SER Interview with Clinton Fernandes on Justice in Timor 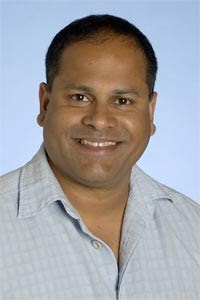 August 28, 2009 11:50 PM PDT Current Affairs from Radio 2SER-FM 107.3 Still no action on Timor atrocities - As international guests fly in to East Timor today to mark the country's 10th anniversary of independence, human rights groups are calling for action on past atrocities.

More than 1000 people were killed by Indonesian militia groups in 1999 but no one has been held accountable or charged, according to an Amnesty International report.

The report also details how Indonesia, Timor Leste and the UN have failed to bring to account, those involved in the crimes against humanity in the 25 years preceding the vote for independence.

Very few of the Indonesian officers responsible for the murder, rape and torture of thousands of East Timorese have been prosecuted and even less are serving prison sentences.

Dr Clinton Fernandes is an Indonesia expert at the Australian Defence Force Academy - He spoke with 2ser's Alex Angel.