Indonesia will not prosecute perpetrators of East Timor rights abuse 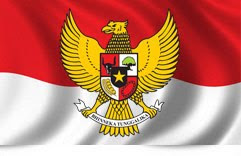 The Jakarta Post Ary Hermawan Thu, 08/27/2009 9:47 PM - The Indonesian government reiterated Thursday it would not prosecute the alleged perpetrators of rights abuses that occurred in Timor Leste when it was under its rule, defying fresh calls from rights groups for justice to be served, a decade after the bloody 1999 independence referendum.

Indonesian Foreign Ministry spokesman Teuku Faizasyah said both countries had agreed to investigate past human rights cases through the Commission of Truth and Friendship (CTF), and although both sides acknowledged that rights violations had occurred in the former Portuguese colony, both decided not to proceed to prosecution.

“Indonesia and Timor Leste are sovereign countries, and given our friendship and reconciliation, we have agreed not to prosecute the rights violators,” Faizasyah said.

“The aspiration of the people of Timor Leste is to enjoy the benefits of the development programs of their government.”

Amnesty International on Thursday called on the UN Security Council to set up an international criminal tribunal to investigate rights violations committed in Timor Leste between 1975 and 1999, including the 1991 Santa Cruz massacre in which hundreds of people were reportedly killed.

“Such a tribunal should be able to intervene and ensure justice in some representative cases and act as a catalyst for national justice in others,” said the report, titled “We Cry for Justice: Impunity Persist 10 Years On in Timor Leste”.
at Saturday, August 29, 2009