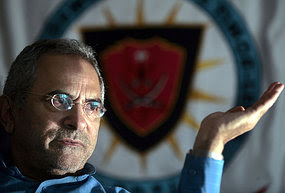 24 August 2009 Australian News Network East Timor's president says corruption is still a serious problem in his country but he is committed to stamping it out.

Jose Ramos Horta was speaking as the country began celebrations leading up to the 10th anniversary of the referendum on independence.

He says he is determined, together with the Prime Minister, to stamp out corruption.

President Ramos Horta says people did not fight and die for independence, to later have a corrupt government or a corrupt system.

There have been claims of high-profile corruption in East Timor, including an allegation the Prime Minister's daughter partly owned a company that won a government food contract.

Documents have also emerged backing government statements that Zenilda Gusmao sold her shares in the company before the deal went through.

Radio Australia's parent body, the Australian Broadcasting Corporation, is investigating the authenticity of those documents.

East Timor's ombudsman says the president has requested an investigation into how rice contracts have been awarded.
at Monday, August 24, 2009