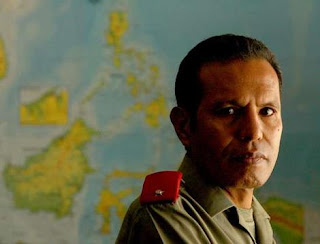 The International Stabilisation Forces in East Timor are reported to be drawing up plans for downsizing the peacekeeping mission next year. Security will then be entirely in the hands of the sovereign organs of the East Timorese state - the East Timor National Police and the Falintil-East Timor Defence Forces. Only 3 years ago, these two institutions waged a bloody conflict in which both sides lost personnel. This violent conflict between the PNTL and F-FDTL peaked on 25 May 2006 when military personnel opened fire on a UN-escorted unarmed group of police officers, leaving at least 9 dead in front of the Justice Ministry in Dili.

The consequential disintegration of the rule of law was inflamed by both sides of politics through the manipulation of regional sentiments. It was partly Brigadier General Taur Matan Ruak's professional failures to control the distribution of the military's weapons to civilian militia groups in 2006 that contributed to the conflict. The UN called for his prosecution over his role in the 2006 illegal weapons distribution case. The President and Prime Minister publicly reaffirmed their confidence in BrigJen Matan Ruak and so he is yet to be indicted. 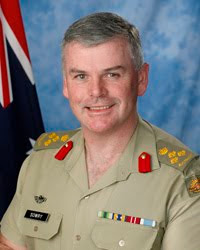 The executive institutions' lack of comprehension and practice of the separation of powers and respect for the independence of the judicial system pose a grave threat to democratic principles which ultimately threatens the rule of law, political stability and the civil peace.

This has been a chronic feature of post independence East Timor. In 2006, the government and parliament declared states of seige and emergency and melded the security forces' operational powers and functions into a single unit in an effort to capture the rebels lead by Major Alfedo Reinado.

The joint military-police operations in East Timor during 2006 were criticised by East Timor security analysts as unconstitutional.

But the United Nations and powerful donors and supporters such as the United States, Australia and the European Community failed to condemn these unconstitutional acts.

The President has improperly made interventions in several criminal justice processes in East Timor including the accusations against the 2006 rebels and Angelita Pires over his 2008 shooting.

As long as the constitutional rule of law is in such a parlous state, the prospects for a viable and enduring peace in East Timor without the presence of foreign forces seem dimmer than they should, by now.
-----
Images: Falintil-East Timor Defence Force Commander Brigadier General Taur Matan Ruak and Australian Defence Force chief in East Timor Brigadier Bill Sowry - an uncomfortable relationship.