President wants to see East Timor without UN peacekeepers by 2012 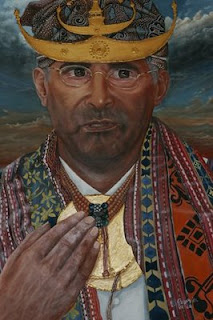 BBC Monitoring Asia Pacific - Political Supplied by BBC Worldwide Monitoring August 27, 2009 Thursday Text of report in English by Japan's largest news agency Kyodo - Dili, Aug. 27 Kyodo - Ahead of the 10th anniversary of East Timor's decision to split from Indonesia, East Timor President Jose Ramos-Horta is optimistic of a peaceful and stable security condition in the country three years from now without the presence of UN peacekeepers.

"We still need (the UN peacekeeping force) now, because we are still in the way of slow process of reorganizing our defence forces," Ramos-Horta said in an interview with Kyodo News.

"So that's why...we need another two to three years to complete this process.

In 2006, a rivalry between the police and armed forces led to chaos and violence that left more than 30 people dead and forced more than 150,000 others to take refuge.

All the internally displaced people have gradually returned home since then.

The security condition has improved since shooting attacks on Ramos-Horta and Prime Minister Xanana Gusmao last year. Both leaders survived while a rebel leader who led the attack was killed.

On membership in the Association of Southeast Asian Nations, Ramos-Horta said the process of the country's admission is under way and that he hopes that in two to three years time East Timor can join the regional grouping.

"Politically there is a consensus in ASEAN that we should join. They are waiting for East Timor to join as their latest member, and we have been assisted by Indonesia," Ramos-Horta said.

"Now the only question is the East Timorese themselves. Are we going to be ready to join with all the responsibility? In many problems that ASEAN countries face, particularly in regard to Myanmar, the southern Philippines, Thailand's south, ASEAN countries say 'Do we need another problem?"' he said.

"If East Timor is peaceful, stable and our economy is doing well, they will be happy to welcome us," he said.

The president also said that the Bayu Udan offshore oil field has provided $1 billion in revenue to East Timor annually, and that the country has posted high economic growth in recent years.

He said the country aims to find ways to utilize its petroleum fund, which has reached $5 billion, to create jobs and eliminate poverty. Some 40 per cent of the country's 1.2 million population still live under $1 a day and the unemployment rate is estimated to be between 11 and 40 per cent.

The government will launch massive infrastructure works, as 70 per cent of the total 6,000 kilometres of roads need repair, and inject more money into education and health and the environment to preserve water, the president said.

East Timor voted to separate from Indonesia in a referendum held on Aug. 30, 1999, and gained independence on May 20, 2002, after two and half years of UN administration.

Indonesia invaded the tiny country in 1975 and annexed it the following year, ending more than three centuries of Portuguese colonialism.