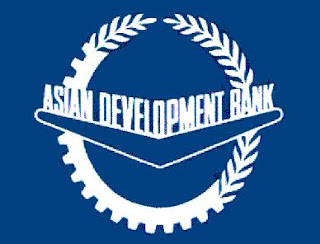 MEDIA RELEASE 19 August 2009 Government of Timor-Leste and ADB to implement business plan to assist the development of IMFTL DILI, TIMOR-LESTE (19 August 2009) – A year after a Memorandum of Understanding (MOU) was signed between the Government of Timor Leste and the ADB to strengthen the Institute of Microfinance Timor-Leste (Instituicao De Microfinancas De Timor Leste), IMfTL has made steady progress and is performing well.

IMfTL has developed into a small but profitable private sector oriented financial institution that provides loans to individuals and small businesses. It has improved access to financial services to both urban and rural areas in Timor-Leste and now has seven branches across the country. Local entrepreneurship, jobs, and investment have also been boosted by IMfTL.

"The time is right for IMfTL to capitalise on its strengths and transform itself into a commercially oriented Timorese bank that serves both rural and urban populations. By using its comparative advantages, IMfTL can reach out to a much larger customer base and grasp new opportunities," said Joao Goncalves, Timor-Leste's Minister for Economy and Development.

IMfTL will need to make improvements to its operations and governance standards to achieve an unrestricted banking licence from the Banking and Payment Authority (BPA), Timor-Leste's banking regulatory body. The BPA licence will also allow the institution to take more deposits and increase the breadth of products it can offer. ADB is supporting the development of a strategy and business plan for IMfTL to help achieve these goals.

"ADB is pleased to be working with the Government of Timor-Leste, IMfTL's Board of Directors, and other stakeholders to help transform it into a well-managed, Timorese commercial bank with good governance standards," said Eugenue Zhukov, Regional Director of ADB's Pacific Liaison and Coordination Office in Sydney.

Longer term, IMfTL aims to strengthen and consolidate its position and expand and enhance its deposit, lending, remittance, and mobile banking products. By 2011, IMfTL aims to have branches in each of the 13 districts in Timor-Leste.

IMfTL was established in 2001 under the ADB managed Microfinance Development Project as a public institution set up to focus on microfinance. IMfTL was initially owned by the Foundation for Poverty Reduction (FPR), which was created by donors including ADB and the Government of Timor-Leste until December 2008 when the Government of Timor-Leste assumed 100% of the ownership of IMfTL.