President of the Republic Appoints Members of the Council of State 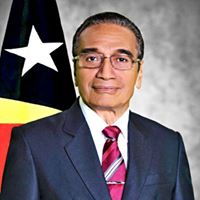 The five members were designated for a period of five years, equal to the term of office of the Head of State.

According to the Constitution of the Democratic Republic of Timor-Leste, article 86, n), and article 2 of Law no. 1/2005 of 9 September, it is incumbent upon the President of the Republic to appoint five members to the Council of State.End
at Tuesday, October 24, 2017