Council of Ministers Meeting of 22 August 2012 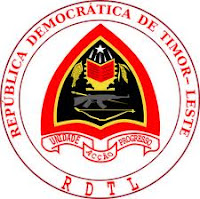 East Timor Legal News 24 August 2012 - ETLJB The Council of Minister met on Wednesday 22 August 2012 in the Noble Hall of the Ministry of Foreign Affairs and Cooperation, in Díli.

The Council of Ministers approved a draft law on the Organic Structure of the V Consitutional government after an analysis of its powers to improve the law and adapt it to the needs that each member of the government considers essential to the performance of their duties.

The Council of Ministers also decided to hold work sessions to review in detail the V Constitutional Government’s Program and prepare the final version of the document.

The Ministers also reconsidered the presentation of the Supplementary Budget for 2012, focusing primarily on the structuring and financial responsibilities of the various government offices. In this context, the Civil Service Commission submitted to the Council of Ministers staff and recruitment maps from the Civil Service for this year (2012) that allows more efficient management of human and financial resources to affect amendments to the 2012 budget.

The work plan calendar for the preparation of the Proposed Law of the State Budget for 2013 was again
subject to assessment by the executive.
at Friday, August 24, 2012