JSMP distributes information on incest to SIC and local authorities 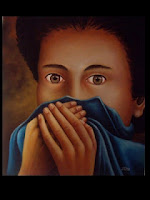 “We have been training the Investigation officers and local authorities since 2007, on how to treat the victims, how to ensure victims feel safe enough to come forward with their version of the events” said JSMP Executive Director, Luis Oliveira Sampaio, (01/08), at Hotel Ramelau, in Aimutin, Dili.
He said what JSMP were doing was not even in the Government’s plans, so they got assistance from donors to produce this report, which the JSMP is submitting to the Government, hoping on a change for the better.

A member of the SIC, who wished to remain anonymous, said they were grateful to JSMP for providing this information.

“This training taught us how to relate to the victims, how to proceed during the investigations so as not to seem threatening, so they feel free and have no fear,” said the confirmed source.

They asked government to educate people about incest especially in remote areas where it is most likely to occur.