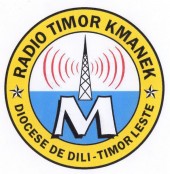 East Timor Legal News 22/08/2012 ETLJB The  Ministry of Justice will use radio stations to broadcast community legal education programs which will explain current laws and other information about the justice sector.

“We will collaborate with Community Radios across all thirteen Districts to disseminate information in the rural areas,” said Minister of Justice, Dionisio Babo Soares in Dili recently.

The Minister will also hold meetings with the Chefes de Sucos and Aldeias as well as community members to clear doubts regarding the sector and explain the laws.

Member of Parliament (MP) David Dias Ximenes said “the program to disseminate the laws is a very positive thing. Every citizen should know his or her rights and obligations as well as  understanding of the laws in place."


The first use of radio for community legal education was undertaken by the University of San Francisco School o f Law's Centre for Law and Global Justice Community Legal Education program in East Timor between 2002-2004. The program was implemented in conjunction with The Asia Foundation under its Access to Justice Program with the Catholic Church's Radio Timor Kmanek. Program Manager, Mr. Warren Wright, said that the programs were highly successful and included interaction between government officials who administered the laws and members of the community who could telephone in their questions to be answered by the government officials or civil society law and justice organisation representatives.
at Wednesday, August 22, 2012