Violence against children in Timor-Leste 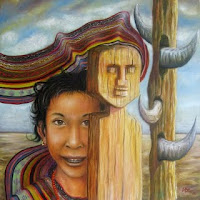 East Timor Legal News 10 August 2012 ETLJB The Oe-cussi Child Rights Protection Services in the Regional Social Reinsertion Directorate has referred six cases of violence against children to the Office of the Prosecutor for processing.

“We processed three cases form the second semester and a further three in the latter part of 2011,” said David Casenube, Oe-cussi DRSR Official (02/08), at a meeting in ETPA Santa Rosa, Oe-cussi.

Some of these children were abandoned, others mistreated by adoptive parents and neglected after their parents separated.

The perpetrators of these crimes are at large because there was not sufficient evidence to imprison them, although in 2008 we were able to prosecute two people,” said David Casenube.

Afonso Caunan Colo, participating at the meeting suggested Government accelerates the creation of the law on crimes against juveniles to ensure children’s rights.

“We need a specific law, it is not sufficient to ratify conventions,” said Colo.