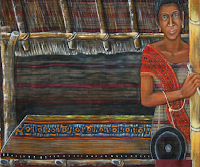 East Timor Legal News 18 August 2012 ETLJB The Government of East Timor, through the National Directorate for Social Reinsertion Women’s Promotion and Protection Unit, has provided financial assistance to 259 victims of gender based violence over the last 3 years.

The Head of the Women’s Protection Unit, Joana da Cunha, said in her offrice in Bemori, Dili last week (08/08/2012) that the unit does not directly deal with the victims. Rather, it works through the shelters and refuges.

"In cases of emergency, we attend to them directly always through the Women's Protective Officers in all thirteen Districts,” she said.

"The financial assistance ranges from US$50 to $500 and the money is used to help them deal with their situation or simply cover basic costs. We provide the money through the shelters,” said da Cunha.

Vulnerable families are also given a helping hand in obtaining medical treatment.

Member of Parliament (MP) Josefa Alvares Soares for the Women in Parliament Group said this is a positive initiative by the relevant ministries dealing with gender-based violence.

“I have noticed the program is very straight forward in assisting victims of gender based violence either directly or through the refuges and shelters,” said MP Soares.

Funding has been the major issue affecting the viability of shelters and refuges for victims of domestic and gender based violence.

The East Timor Women's Network (Rede Feto), which is the umbrella organisation administering the shelters and refuges has urged the Government to fund them at appropriate levels to guarantee adequate provision of services and facilities for women victims.

“I believe shelters should be established in all Districts and not only in some, as domestic violence occurs throughout the whole nation. Funding should be allocated for the operation of these shelters and to pay for staff’s wages, so victims of gender based get the appropriate treatment and services,” said Rede Feto member and Director of Feto Kbi’it Servisu Hamutuk (FKSH), Gisela de Carvalho, (06/08), in Bairo-Pite, Dili.

According to Gisela, implementation of the Law against Domestic Violence created by the Secretary of State for the promotion of Equality (SEPI) is not fully implementable because there are insufficient shelters and refuges.

“Looking after and providing services to victims of domestic and gender based violence, is not an easy task while they reside at the shelters,” she said.

Women’s representative in Parliament, Member of Parliament (MP) Josefa Alvares Soares said shelters providing assistance to victims of domestic and gender based violence need much more funding and support from the Government to improve their human resources to ensure for instance the provision of the services of psychologists dealing with traumatised survivors.

“A very important component of treatment in these shelters is psychological counselling so victims are prepared for reinsertion into society. The nuns have contributed a lot but we need counsellors to help these victims overcome their trauma,” said MP Soares.