Public Prosecution to summon Lere and Falur for inquiry 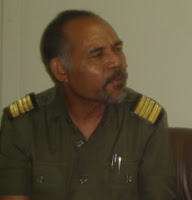 Monteiro said that the two F-FDTL officers were summoned to simply give their testimonies but not as suspects. Lere and Falur are scheduled to give their statement to the public prosecution on 29 September and 1 October 2008.

Meanwhile, Monteiro also advised that in the near future, two F-FDTL and an UNPOL officer would be called to give their statements in relation to 11 February, as he was also on board PM Xanana Gusmao's convoy.

Longuinhos explained that after the hearing, the office of Prosecutor General would issue indictments which is likely to be happen in December 2008 or January 2009.

Thus far, the office of Prosecutor General had identified 23 suspects; all of them were followers of the former rebel leader Alfredo Reinado Alves.