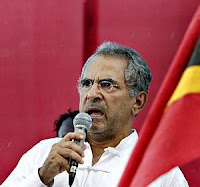 The inquiry also found that troops serving in the Australian-led International Stabilisation Force (ISF) were among people "with no official function" who had compromised critical forensic evidence by walking into the crime scene where the President, Jose Ramos-Horta, was shot. Read the full story...