Alkatiri praises Xanana Gusmao as patriarch of the country’s liberation 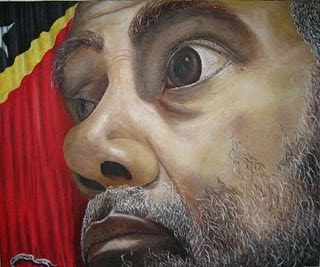 Alkatiri made the comments during a political consolidation meeting with the party’s followers in Manleuana, a suburb of the Capital Dili.

Alkatiri said that talking on the country’s resistance, Fretilin had never forgotten Gusmao’s leadership in fighting for the country’s independence.

Alkatiri also said that meeting with the party’s followers was important to make preparations for general elections in 2012.
at Saturday, May 29, 2010