Guterres calls on police to trust in promotion commission 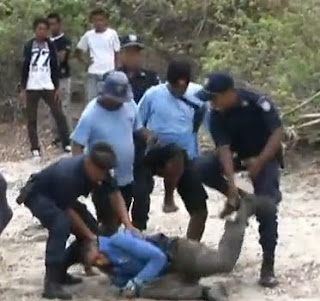 Radio Timor-Leste, May 15, 2010 language source: Tetun - State Secretary for Security, Francisco Guterres has called on the National Police officers not to be influenced by rumor-mongering, butto trust in the Promotion Commission established by the Government.

Guterres said that the police should trust in the system to work fairly and impartially.

Guterres stressed that the resolution was also aimed to help promote the Timorese liberation veterans who were currently working as police officers.

“It is aimed at resolving some problems that we have in which we have some veterans that we need to consider for promotion,” Guterres said.