UNDP: Taming the Vice of Corruption in Timor-leste 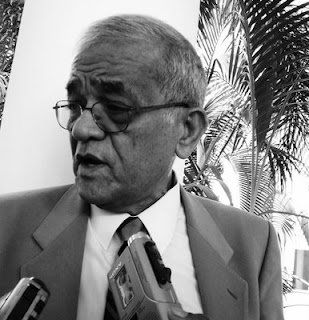 Timor-Leste will apply its inherent culture of "name and shame" as a weapon in the battle against the vice of corruption, the country's Vice Prime Minister (VPM) for Management and Public Administration, Mario Carrascalao has said. Thanking development partners for their support to the anti-corruption campaign, Carrascalao termed as timely, the discussion on corruption because there's need to curb the problem "before we reach a point of no return."

The Vice PM who was addressing a workshop facilitated by UNDP and the United Nations Office on Drugs and Crime (UNODC), was emphatic that corruption will be tamed in Timor-Leste and the country would eventually attain a level of economic growth commensurate with its potential. "We will make all efforts to reduce corruption to a minimum," he said, stressing that anti-corruption crusaders in the country "can count on my full support."

The two-day workshop which started on 6 May 2010 was held at the request of the Government to develop a cross-agency understanding of the risks facing key institutions relating to financial and economic crime.

A key challenge moving forward will be for careful consideration and design of a capacity development strategy that looks not just in a two or three-year time frame but takes a more strategic perspective of the knowledge and skills that need to developed," Acting Special Representative of the Secretary-General and UNDP Resident Representative, Finn Reske-Nielsen observed in his opening remarks. He cited as example, the Justice Ministry's review of their medium to long term needs which acknowledge that it could take a further 10-15 years to develop sufficient national capacity in the justice sector.

Similarly, the institutional capacity development needs of the key anti-corruption agencies will require a sustained effort which may well take 10-15 years but we all need to recognise the type of investment in human capacity that will be needed and remain committed for the duration of this," said the Acting SRSG adding that from a UN perspective "we remain committed to work in support of state institutions and alongside development partners to ensure this capacity is developed appropriately."

In his presentation Tony O' Connor, an expert attached to the Ministry of Finance recalled that necessary regulatory environment was being established by the Government. In July 2008, he said, Timor-Leste enacted the Taxes and Duties Act 8/2008 which reduced tax and duty rates by more than half to some of the lowest in the world and currently, the Taxes and Duties Procedures Law and the Taxes and Duties Offences Law are in the final stages of review. Meanwhile, the Customs Code of Timor-Leste has been revised and will shortly be submitted to government for ratification.

The General Directorate is designing a Code of conduct which will be harmonized with the Civil Service Code of Conduct. It will "describe in very practical and clear terms the standards of behaviour expected of all officials, and provide a guide to solving ethical issues for those working in the General Directorate and those who have dealings with officials, " said O' Connor. He stressed that an effective anti-corruption strategy will need to secure the active and wholehearted support of the business sector.

Experience has shown, however that such cooperation is often difficult to obtain and even more difficult to sustain as long as individual traders are willing to pay a bribe to obtain a commercial advantage relative to their customers".

The workshop was attended by a dozen senior representatives of the Government involved in the fight against corruption, including the Office of the Prosecutor General, the Anti-Corruption Commission, the police force (PNTL) and Inspector-General. Alan Doig, Senior Anti-Corruption advisor, UNODC, based in Bangkok played a leading role in moderating the discussions.

According to the Vice Prime Minister Carrascalao, the recommendations of the workshop will be eagerly awaited and "will be ammunition in the battle against corruption."