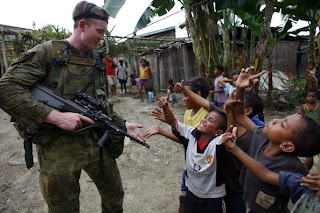 Timor Post, May 12, 2010 language source: Tetun - The Timorese Judicial System and Monitoring Program (JSMP) has presented its submission on the Draft Law on Juvenile Justice to the Justice Ministry in order to respond demand of Justice Ministry.

The content of the draft law was prioritising the protection of the rights of children and adults when they face conflicts or problems.

JSMP also said that the draft law should benefit children and adults to ensure access to justice for juveniles and it was important to consider their demand as stated in Article No. 12 of the Convention on the Rights of the Child.