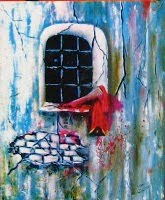 Televizaun Timor-Leste, May 19, 2010 language source: Tetun - Appellate Court President Claudio Ximenes has said that the Court of Appeal will announce the result of the appeal made by the lawyers of the ex-rebel leader Gastao Salsinha and his men after the celebration of the restoration of Timorese independence on 20 May 2010.

Ximenes made the comment Saturday in the International Airport of Nicolau Lobato before his departure abroad.

He said that the appellate court was now analysing the appeal made by Salsinha’s lawyers, adding that the court would make its decision basde on the existing applicable law.

“They have made an appeal and they question many things and the court will announce its final decision in one or two weeks time,” Ximenes said.

He added that the President of Republic has power to grant pardons to Salsinha and his men as provided for in the Timorese Constitution, but it should be made after the final decision from the court.

Lawyers for Gastao Salsinha and his men lodged an appeal to the court as they were dissatisfied with the recent decision made by the Dili District Court to sentence their clients, adding that the recent decision of the court was baseless as it was not based on the evidence collected during the trial process.
at Saturday, May 22, 2010