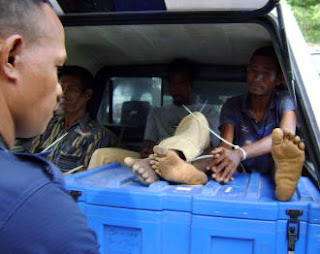 De Jesus said that command will punish those national police officers who were really engaged in the crimes.

“This is a recommendation for our institution, but we will analyse this recommendation before making a decision. We will punish those guilty officers based on the internal rules,” Commissioner de Jesus said.

De Jesus made the comment yesterday because PDHJ had recently sent its report to the PNTL command about engagement of the national police officer in crimes, adding that the PDHJ had also called on the PNTL command to take action to respond these cases.