JSMP: Retrial of 25 May 2006 Case involving the defendant AM and others violates the principle of Nebis In Idem as set out in the Constitution 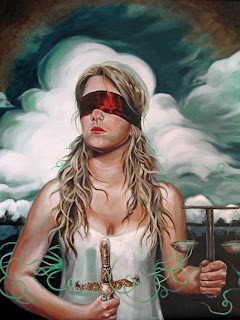 JSMP: Retrial of 25 May 2006 Case involving the defendant AM and others violates the principle of Nebis In Idem as set out in the Constitution

On 19 April the Dili District Court started the retrial of a case involving an attack on the residence of Major General Taur Matan Ruak (previously Brigadier General) on 25 May 2006 involving the defendant AM and others. This is the third time the matter has been tried. Previously in 2007 the Dili District Court sentenced defendants to an accumulated total of two years and eight months imprisonment for the crimes of theft and disturbing the public order.

According to an explanation provided by presiding judge Joao Paulo Raposo, this matter is being retried by a panel of judges due to a “procedural problem”. In addition to the procedural problem (although no clear definition was provided about the nature of the procedural issue) the Court of Appeal also rejected the decision issued by the court of first instance which it considered to have no legal basis. Therefore the Court of Appeal sent back the case and ordered a retrial.

The lawyer for the defendants AC and others also stated that the retrial was only taking place due to a procedural problem. The lawyer had lodged an appeal in the Court of Appeal on behalf of his clients and the Court of Appeal accepted the appeal. The lawyer accepted that a retrial was necessary due to a procedural problem because the decision was issued by a higher court. The lawyer added that the guilt or innocence of his clients would be established during the trial based on the evidence presented by the prosecution.

The prosecution was represented by Felismino Cardoso who maintained the same charges as before, even though these charges were rejected by the Court of Appeal twice on the grounds that there was a lack of evidence.

Based on the charges presented by the prosecution, it is alleged that on 3 January 2006 the defendant AM together with others who were not identified in the indictment went to a shop belonging to the victim EdS in the vicinity of St. Cruz and asked for cigarettes. Then on 28 February 2006 the defendant AM and others were driving a Pajero bearing the police issue number plate 01. 061G again went to the same shop to ask for cigarettes. In the indictment the prosecutor mentioned that the defendants were traveling in a car and carrying long barreled weapons.

The four defendants (AM, AC, ACC, VA) exercised their right to remain silent and did not provide an opinion about the charges made by the prosecution because they were allowing their lawyer to speak on their behalf.

Although JSMP agrees with the court that it is necessary to uncover the truth and uphold justice in this case, JSMP is concerned and expresses its regret at the decision of the Court of Appeal and the court of first instance to retry this case without any fundamental legal grounds.

Article 31.4 of the Constitution states that: No one shall be tried and convicted for the same criminal offence more than once. It is very difficult to find appropriate legal terms to express this principle in Tetum, but this principle is known in legal circles as “Nebis In Idem”. This principle states that a person should not be investigated, tried and sentenced more than once for the same offence, as set out in the Constitution. Article 76 of the Indonesian Penal Code also states that the prosecutorial process should be considered complete if a final decision carrying the full force of the law has been issued by a competent court. This article is still relevant and appropriate because this incident occurred when the Indonesian Penal Code was applicable.

According to international law, in cases involving the violation of human rights there are exceptions to the principle of “Nebis In Idem”. However such exceptions are only possible where the court can not demonstrate its independence, impartiality or has shown a tendency to manipulate the process. In relation to the case involving AM and others this precondition has not been satisfied or justified. The court has only confirmed that the case is being retried due to a “procedural problem”. JSMP is quite concerned and surprised that a mere procedural problem that was caused by the negligence of judicial actors (prosecution and court) can have an impact on and influence a decision on the substance of a case that has been decided in its entirety through the issuance of a decision carrying the full force of the law. In accordance with customary procedures practiced in all nations, procedural issues are never used as grounds to allow the retrial of a case that has reached its final conclusion, especially cases that have been decided twice by a competent court.

In reference to the opinions and concerns raised above, JSMP would like to reiterate that although it agrees that the role of the court is to seek and uphold justice, JSMP also demands that the courts should maintain their credibility and institutional independence to avoid sacrificing principles set out in the Constitution as well as other universally accepted principles in relation to criminal jurisdiction. JSMP hopes that the court will not accept tasks or extrajudicial orders that sacrifice the rights and interests of defendants in this case, especially to avoid undermining and obstructing collective efforts to establish a legal system that is independent, credible and free from all forms of political intervention or interference from any party.