Body of man killed by police handed back to family 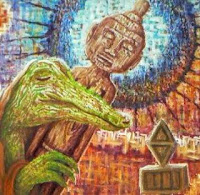 East Timor Legal News 19 July 2012 Source: Independente July 19, 2012 -  The late Armindo Pereira Alves’ dead body has been handed back to his family in Viqueque District yesterday for the funeral ceremony.

According to the daily Independente, the late Alves’ family and Fretilin party members accompanied the dead body to Viqueque district.

Radio Televizaun Timor-Leste reported today that MP Domingos Sarmento, from Fretilin, has called on the Timorese National Police (PNTL) to hold an investigation into the perpetrator who shot dead Mr. Armindo Pereira Alves in Hera as it is a homicide against the people of the country.

MP Sarmento said the PNTL members did not show their professionalism when responding to any act of violence; therefore, it should be processed based on the existing laws of the country.

He also demanded that the National Congress for Timorese Reconstruction (CNRT) party’s top leaders apologise to the people for the sake of justice in the country.

“CNRT should publicly apologize to the people because the recent violence was sparked by CNRT party’s conference last Sunday,” he said.