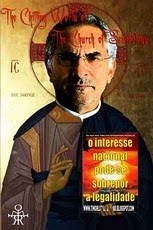 Of the 27 men, mostly ex-soldiers, on trial alongside Pires, three were acquitted and 24 were sentenced to prison terms of up to 16 years each. The verdicts raised yet more serious questions over the affair and left unclear what actually happened on the day in question. Nevertheless, the court’s ruling marks the definitive collapse of the official account of a failed coup attempt. None of the prosecution’s central claims was established in the course of the seven-month trial.

The prosecution argued that former military-police commander Alfredo Reinado led his supporters, at the instigation of his lover Angelita Pires, in an attempted double assassination and coup operation against President Ramos-Horta and Prime Minister Xanana Gusmao. In mid-2006, Reinado had mutinied within the military as part of the so-called petitioners’ movement that culminated in the ousting of Fretilin prime minister Mari Alkatiri after an Australian military intervention.

In February 2008, the rebels still faced outstanding criminal charges, with Reinado wanted for murder. On the morning of the February 11, the ex-major and his men drove from their base in Timor’s mountainous western districts to Dili, with Reinado leading a group to Ramos-Horta’s residence and petitioners’ leader Gastao Salsinha leading others toward Gusmao’s. According to Timorese prosecutors, Reinado and his colleague Leopoldino Exposto were then shot dead by one of Ramos-Horta’s guards, only for the president to be subsequently wounded by another of Reinado’s men when he returned from his morning walk. Salsinha and his men allegedly later repeatedly shot at a vehicle carrying Gusmao, but somehow failed to wound or capture the prime minister.

The District Court found that the evidence presented during the trials contradicted the central elements of this account.

The judges ruled that the person who was alleged to have shot Ramos-Horta, Reinado’s associate Marcelo Caetano, was not responsible. The court accepted a ballistics analysis conducted by the Australian Federal Police, which showed that the bullets used in the attack on the president did not match Caetano’s weapon. Shortly before this verdict was issued, Ramos-Horta had publicly declared that Caetano was in fact responsible, and even claimed that the rebel had confessed when they spoke afterward in prison. This was not the first time that the president has changed his story over the events of February 11, 2008. Ramos-Horta initially indicated that Caetano had shot him, but subsequently denied ever making that claim, labelling earlier reports a “media beat up”. Later he again attributed responsibility to the rebel.

Defence lawyers were unable to probe these contradictions. Ramos-Horta, like Gusmao, refused to appear in court to give evidence and face cross examination. He also delayed providing a written statement in response to the prosecutors’ questions for as long as possible, causing the trial to be extended for several days while the court awaited a reply.

Despite their finding that Caetano had not shot the president, the judges declared that Reinado and his collaborators had “acted in concert and collaboration” with the aim of killing Ramos-Horta. Caetano was among those sentenced to 16 years imprisonment. Public defenders for the convicted said they would appeal the decision. One of the lawyers, Pedro Aparício, described the verdicts as “unjust and incredible”. According to the Timor News Line translation service, he told local media: “How can you decide that the defendants shot somebody without having a proper ballistics test?”

According to East Timorese reports, Ramos-Horta has declared that he will pardon all the convicted men. He has provided no explanation. However, in what had amounted to an improper intervention in an ongoing court process, the president previously indicated that he would pardon all of the accused—except Angelita Pires, whom he has repeatedly denounced.

Ramos-Horta no doubt regards it as a blow that Pires was found not guilty of all the charges laid against her, including that of being the “indirect author” of the violence, which carried a potential jail term of 20 years. In a statement issued after her release, Pires said: “I am extremely relieved to be exonerated by the court of any involvement in the events of 11 February 2008. My life has been on hold for two years and it has been an enormously stressful and emotional time for me.”

Pires’ legal team, which included Australian barristers Jon Tippett QC and Peter Maley, had argued that there was never any assassination, kidnap or coup attempt, and that Reinado and his men had instead been set up. They were lured into Dili after being led to believe that they had another appointment to meet the president to again discuss the terms of their amnesty, which was being prepared. Once they arrived, Reinado and Exposto were shot dead at point blank range, execution style. Witness statements indicate, the defence argued, that Ramos-Horta was shot by a masked gunman at least 40 minutes after the two rebels were killed, and after their supporters had fled the area.

The defence lawyers also questioned whether there had been any attack on Gusmao’s vehicle, which was part of a convoy. ABC Radio reported: “In summing up, they argued crime scene investigations found all 14 bullets shot at the prime minister’s car came from the direction of his UN security escort staffed by Bangladeshi police and not from the direction of the defendants.”

The judges did not accept the explanation that Reinado and Ramos-Horta had been set up to be murdered. But no plausible alternative explanation was advanced, and glaring contradictions emerged in the verdicts. Just as the court failed to determine who shot Ramos-Horta, so it did not establish who killed Reinado and Exposto. The judges concluded that one of Ramos-Horta’s guards, Francisco Marcal, was not responsible, contrary to the prosecution’s case. Ballistics evidence showed that two separate weapons were used to kill Reinado and Exposto—neither of which matched Marcal’s gun. Autopsy reports further proved that Reinado and Exposto were not killed from a distance, as Marcal testified, and were instead shot from point blank range—Reinado through his left eye, and Exposto through the back of his neck.

No explanation has been provided of why Marcal and his colleagues in the presidential guard would have lied over who shot Reinado and Exposto. Why did they provide false testimony to the police and prosecutors? Why the cover up?

Also left entirely unresolved was the question of Reinado’s motive, if indeed he launched an attack on the president and prime minister. Why would he lead his men in a crazed assault against Ramos-Horta—the very person who was working to secure his amnesty on all the serious charges relating to his 2006 provocations? The president had personally visited the rebel soldier at his hideout on January 13 to discuss the terms of the surrender and amnesty. While the trial was underway, Ramos-Horta also reportedly admitted sending Reinado a SMS mobile phone message shortly before February 11, offering another meeting. The available evidence corroborates the testimony provided by Reinado’s men and other witnesses—they went into Dili on the understanding that they were going to have a further discussion with the president.

All the available evidence, as the World Socialist Web Site has previously raised, points to the possibility that Prime Minister Gusmao or the right-wing layers around him were involved in the set up. While Gusmao and Reinado collaborated together in 2006 to bring down the Fretilin government, by 2008 the rebel soldier had outlived his usefulness. Reinado was a significant destabilising factor threatening Gusmao’s fragile coalition government; he had also publicly threatened to reveal further details about Gusmao’s role in instigating the 2006 crisis. Ramos-Horta had also fallen foul of the prime minister after endorsing Fretilin’s demand for an early election. The events of February 11 instantly turned Gusmao’s political fortunes around—the possibility of fresh elections was negated, the standoff with Reinado and Salsinha’s men was resolved, and the prime minister claimed authoritarian emergency powers, shoring up his coalition administration.

Last week’s court verdicts will not put an end to the widespread suspicion among ordinary Timorese that Reinado was murdered through a conspiracy. Serious questions continue to be raised over many aspects of the affair—including whether Australian military and intelligence personnel had any involvement in, or foreknowledge of, the February 11 events. It remains to be explained how Reinado and his heavily armed men drove for several hours into Dili to the president’s front door without being detected by any of the hundreds of Australian and New Zealand troops stationed in the country.

From the beginning of the transition to so-called independence for East Timor in 1999 up to the present, Canberra has regarded Gusmao as a key ally in Dili. The Australian government militarily intervened into the island in 1999 and 2006 to defend critical economic and strategic interests; particularly in the Timor Sea oil and gas reserves. These interests remain closely bound to the political fortunes of the East Timorese prime minister.

See also The Rule of Law in East Timor: Death by a Thousand Cuts
at Friday, March 12, 2010