Appeal if not happy with Court's decision, says Prosecutor-General while Defence Force Commander condemns conviction of soldiers and the use of Portuguese in Courts 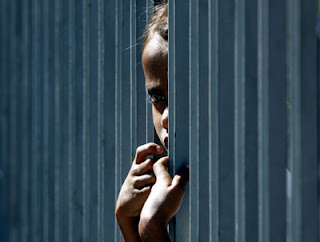 Diario Nacional, March 11, 2010 language source: Tetun -  The Prosecutor General Ana Pesoa Pinto has said that the only way for the lawyer for Frederico da Conceicao Oan Ki’ak, a former guerilla fighter, and Alberto da Costa Belo, to challenge the Court's decision is to appeal to the higher court.

Both Oan Ki’ak and Alberto were armed by the Defence Force to stabilise the country following the dysfunction of the Timorese National Police to maintain law and order in 2006.

“The only legal way is for the lawyer to lodge an appeal and make submission to the court so that the Court will process the case in accordance with the law. It is therefore inappropriate to make comments to the media,” Ms. Pinto said.

Ms. Pessoa made the comment following the statement by the lawyer for Florindo and Belo that he was dissatisfied with the recent decision made by the court to sentence Florindo to eight years and four months and Belo to six years and six months in  prison.

Meanhile, in an extraordinary outburst reported by Televizaun Timor-Leste  on  March 11, 2010, the
Timor-Leste Defence Force General (Falintil-FDTL) Commander Major General Taur Matan Ruak has said that  members of the Defence Force are being criminalised for defending the country in times of war.

“Our Prime Minister Xanana was in the jungle defending his homeland and the Indonesian court convicted him as a criminal and now we are being criminalised as well for defending Timor,” Matan Ruak said Thursday in Metinaro, Dili.

He said that those who have big mouths today should be mindful of the sacrifices of the liberation army which brought good fortune for those who become ministers, presidents, and other important political positions.

“Those who have big mouths today should not forget that because of us defending the country they are now happy and hilarious …. as presidents, ministers, etc,”, said the two-star general.

He said that it is unacceptable for him that even after Timor-Leste gained its hard-fought independence, members of his defence force are still criminalised.

Recently the Dili District Court sentenced Frederico da Conceição Oan Ki’ak, a former guerilla fighter, and Alberto Belo eight and six years in prison respectively for an incident in May 2006.

Both Oan Ki’ak and Alberto were armed by the Defence Force to stabilise the country following the dysfunction of the Timorese National Police to maintain law and order in 2006.

In May 2006, many PNTL members joined F-FDTL deserters whose total was about half of the number of the defense force loyal to the government.  The rebels were led by Major Alfredo Reinado Alves, who was then shot in a shoot-out at the resident of President Horta in early 2008.

Matan Ruak went on to harshly criticise the use of the Portuguese language in the Courts of East Timor, calling for the end of Portuguese in the judicial system because it caused difficulties for the people.

“As a General I ask all Timorese to join me in launching a big campaign to end the use of Portuguese in all Timorese courts,” said Matan Ruak.

Matan Ruak made the comment following the decision of the Dili District court where verdicts to sentence Oan Ki’ak and Alberto da Costa were read in Portuguese.

He said that the court should only use Tetun and other native languages in its proceedings.

Matan Ruak added that with the call for language change in the court, international judges, prosecutors, and lawyers should be able to speak Tetun, which is an official language of the country.

He urged that those who cannot speak Tetun should be replaced by Timorese to make the process easy for Timorese to comprehend.

Many Timorese judicial actors like lawyers, judges and public defenders, graduated from Indonesian law schools, making them competent in both Indonesian and Tetun.

Matan Ruak said that those cannot speak Portuguese should not be penalised for this reason as it was part of the history.

The Constitution adopts both Tetun and Portuguese as official languages of Timor while Indonesian and English are used as working languages in the country.
at Friday, March 12, 2010