MP's concerned about Proposed Law for National Defence in Timor-Leste 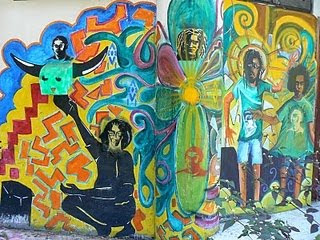 12/02/2010 Parliamentarians concerned about Falintil involvement in the F-FDTL institution Suara Timor Lorosa’e language source: Tetun -
Members of East Timor's National Parliament have expressed concerns about a proposed law for national defence that was debated in the parliamentary plenary session today. Particularly, MP's were worried about the provisions of the law that would regulate cooperation between the Timorese Defence Force (Falintil-Forcas Defesas de Timor-Leste F-FDTL) with civilians when there is a threat to national security.

In addition, reservations were made about proposed articles Nos 1 to 5 as well as article No 6 that contain provisions for a national warning system.

MP Osorio Florindo from Fretilin considered that these Articles would criminalise Falintil members and therefore he urged the demobilizsation of the former guerilla fighters as soon as possible.

“The Government should demobilise Falintil. Who will be responsible for Falintil involvement in national security if they become involved in the maintenance of the country’s security if there were an invasion from another country?” Mr. Florindo asked.

MP Lucas da Costa from the Democratic Party (PD) was also concerned about Article No 5, saying that the article is rather complicated.

Furthermore, article No 6 did not clarify how the Government would mobilise civilians to join with the national army to ensure security in the country when the country was in difficult situation.

“The Government should define why there should be a national warming system,” Mr. da Costa said.
at Saturday, March 13, 2010