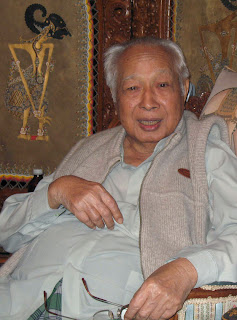 Jose Ramos-Horta also accused the UN of "hypocrisy" for using his government's anti-tribunal stance as a pretext for not setting up the tribunal. He said that key countries on the UN Security Council were against it, in a meeting with Amnesty International's interim Secretary General Claudio Cordone on Friday.

Amnesty International has urged the UN Security Council to set up a tribunal with jurisdiction over all crimes committed in Timor-Leste between 1975 and 1999.

“I welcome the President’s readiness to accept an international tribunal for the crimes committed in Timor-Leste in the past,” said Claudio Cordone, Amnesty International's interim Secretary General.

“We again urge the UN Security Council and the Timorese and Indonesian authorities to establish such a tribunal to address the enduring impunity for the crimes against humanity and other serious human rights violations which occurred under Indonesia’s occupation of 1975-1999.

Since the end of the conflict, the Timor-Leste authorities have taken measures supporting reconciliation with Indonesia at the expense of criminal prosecutions. However, President Ramos-Horta has now challenged the UN Security Council to set up the tribunal, despite his own reservations.

Such a tribunal should be able to ensure justice for victims in representative cases. Victims of past human rights violations would also be provided with full and effective reparations.

During the meeting with President Ramos-Horta, Amnesty International also pressed for victims to be consulted in decisions to pardon or commute sentences and for renewed efforts in establishing the fate and whereabouts of missing persons.

It also urged Timor-Leste’s President to support current efforts within parliament to create a follow-up institution tasked to implement the recommendations of the reports of the Commission for Reception, Truth and Reconciliation, which looked into human rights abuses during Indonesia’s occupation.

Image added by ETLJB: Soeharto: Former (and now deceased) Dictator of Indonesia - and Butcher of East Timor.
at Tuesday, March 09, 2010